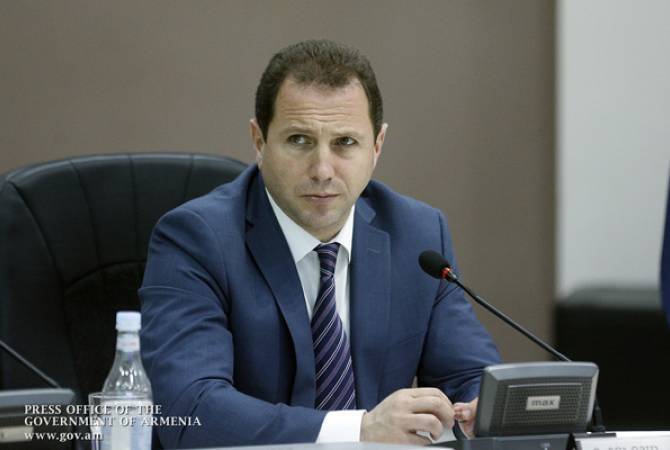 
YEREVAN, JUNE 15, ARMENPRESS. Defense Minister Davit Tonoyan personally attended the funeral of an on-duty Armenian soldier who was shot dead in a cross-border shooting from Azerbaijan at the Artsakh line of contact on June 13.

Defense Ministry spokesperson Artsrun Hovhannisyan said on Facebook that attendees at the funeral applauded the fallen soldier during the three-volley salute.

“Our nation’s attitude for its heroes is unique,” he said.

Artyom Khachatryan, a 20-year-old soldier, was killed by Azerbaijani gunfire while patrolling at a military base in the northern direction of the Artsakh line of contact.