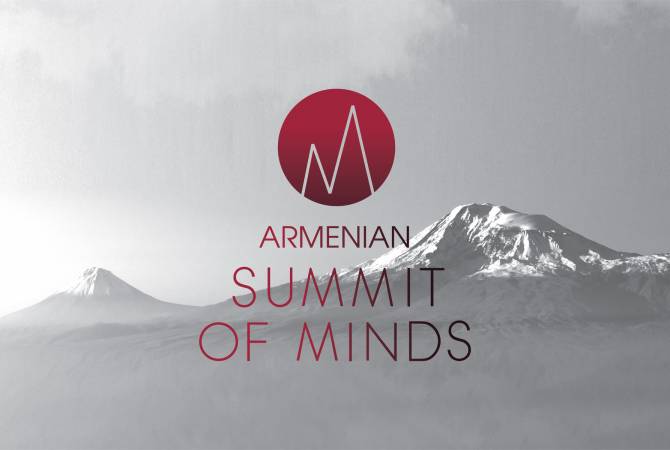 
YEREVAN, JUNE 14, ARMENPRESS. President of Armenia Armen Sarkissian and the Presidential staff receive letters of gratitude and proposals to cooperate with Armenia in different areas from the participants of the recent Armenian Summit of Minds held in Dilijan on June 7-9, the Presidential Office told Armenpress.

Russian president’s special representative for international cultural cooperation Mikhail Shvidko thanked the Armenian President for the invitation to attend the Summit and stated that the tow-day “brain attack” was useful not only for the organizers, but also the participants. “I am confident that the Armenian Summit of Minds, as well as the upcoming international forums on modern development will play an important role in the Armenian-Russian relations, involving leading Russian specialists from economic, natural science and humanitarian areas”, he said.

Xavier Barcons, Director General of the European Southern Observatory (ESO), also thanked the President and expressed readiness to cooperate. “The Armenian Summit of Minds was an important occasion to understand Armenia’s prospects and bring our contribution to your country’s development opportunities. I used the chance to note on how the cooperation on scientific matters can lead to a joint prosperity”, he said, expressing willingness to cooperate with the Armenian scientific institutions in the astronomy field.

Professor at the UK’s Kent University Elena Korosteleva in her letter stated that she is impressed with the quality of the discussions held at the Summit and their strategic nature. The Professor added that she met with many talented young people during the event and proposed to organize discussions also for the youth next time.

Bloomberg Media Global Director Todd Baer wrote in the letter: “I can state that Armenia is a unique country where I will return definitely”.

Thierry Malleret, co-founder of The Monthly Barometer, co-organizer of the Summit, has also thanked the Armenian side for organizing and holding the event in Dilijan at the highest level.