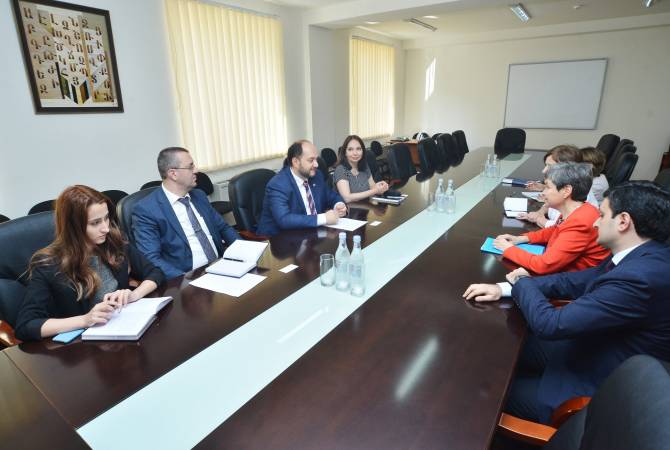 The meeting touched upon the cooperation prospects between the two countries in the fields of education, science, culture and sport, because according to both the minister and the Ambassador, Armenia and Mexico have a huge potential in this regard.

“We understand that in order to have a democratic and developed society the achievements in education, science and culture are very important. Taking into consideration the two peoples’ history and presence of the respective will there are broad opportunities for effective cooperation in these areas”, minister Harutyunyan said.

“Our countries have a millennia-old history, we have many commonalities, and one of our goals is to strengthen and develop the ties in educational and cultural sectors”, the Ambassador of Mexico said.

At the meeting the sides also discussed issues relating to the ongoing and upcoming programs in IT, sport and scientific-educational areas, as well as the preparations for signing joint memorandums.