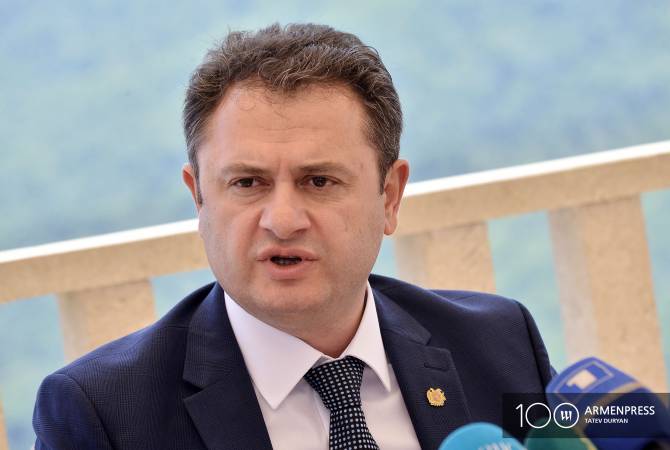 
YEREVAN, MAY 22, ARMENPRESS. According to a survey conducted by Gallup International Association, Governor of Tavush Hayk Chobanyan has the highest approval rating among Armenian governors.

The survey results were presented by MPG Director Aram Navasardyan at a press conference.

Since 2011 MPG is an exclusive representative of the GALLUP International Association in Armenia.

Chobanyan garnered a total of an averaged 4 points. The survey used a 1 to 5 scale, 5 being the highest point.

The survey was conducted from April 30 to May 9. 1108 citizens participated.