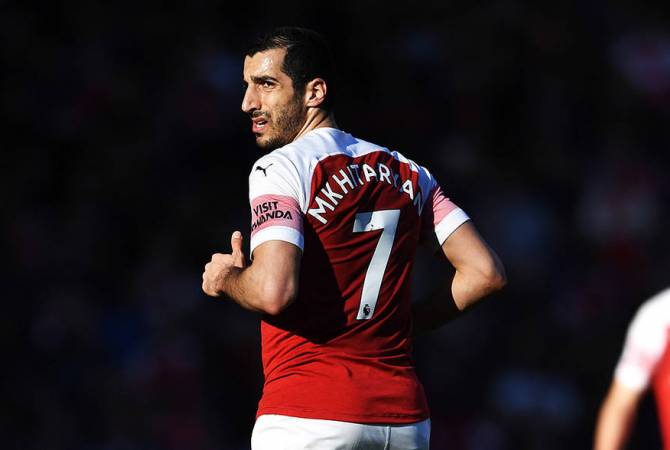 
YEREVAN, MAY 21, ARMENPRESS. Armenian international, midfielder of Arsenal FC will not go to Baku for the Europa League Final where the Gunners face Chelsea.

Mkhitaryan’s participation in the match was not certain because of the Armenia-Azerbaijan relations due to the NK conflict, and today Arsenal made a statement confirming that the Armenian will not travel with them for the match.

According to the statement, the decision was a “collective” one, and involved discussions with Mkhitaryan and his family.

“We are very disappointed to announce that Henrikh Mkhitaryan will not be travelling with the squad for our Uefa Europa League final against Chelsea.

We have thoroughly explored all the options for Micki to be part of the squad but after discussing this with Micki and his family we have collectively agreed he will not be in our travelling party.

We have written to Uefa expressing our deep concerns about this situation. Micki has been a key player in our run to the final so this is a big loss for us from a team perspective.

We’re also very sad that a player will miss out on a major European final in circumstances such as this, as it is something that comes along very rarely in a footballer’s career.

Micki will continue to be part of our preparations until we depart for Baku at the weekend”, Arsenal said in the statement.

Arsenal had earlier complained to UEFA about the selection of the final’s venue.

The Gunners for weeks tried to negotiate with UEFA to achieve appropriate security guarantees from Azerbaijan regarding Mkhitaryan’s potential participation.

Mkhitaryan himself did not yet comment on the matter.

Due to the ongoing Nagorno Karabakh conflict, Azerbaijan bans citizens of Armenia to enter its country.