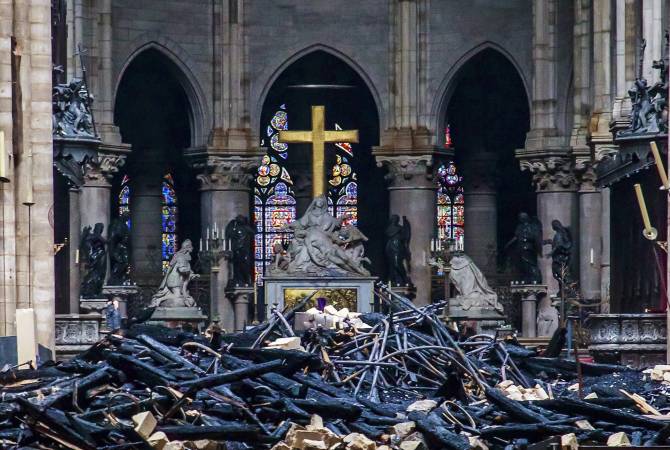 
YEREVAN, APRIL 17, ARMENPRESS. A fire alarm first wailed inside the Notre Dame Cathedral of Paris at 6:20 p.m. Monday, but for 23 critical minutes staff searched for a blaze, unable to find it, Buzzfeed reported.

It wasn't until a second alarm went off at 6:43 p.m. that a fire was detected in the attic of the centuries-old religious landmark, French officials said Tuesday.

Paris public prosecutor Remy Heitz said he expects a long and complex probe into the cause.

"We are favoring the theory of an accident," Heitz told reporters Tuesday.

Heitz said the initial alarm, which was looked into by cathedral staff and not firefighters, caused the church to be evacuated but did not lead to the discovery of the fire, according to the Washington Post.

Heitz said there were no indications of foul play.

President Emmanuel Macron has vowed to rebuild the cathedral as billionaires and corporations step forward to pledge financial donations to support the effort.