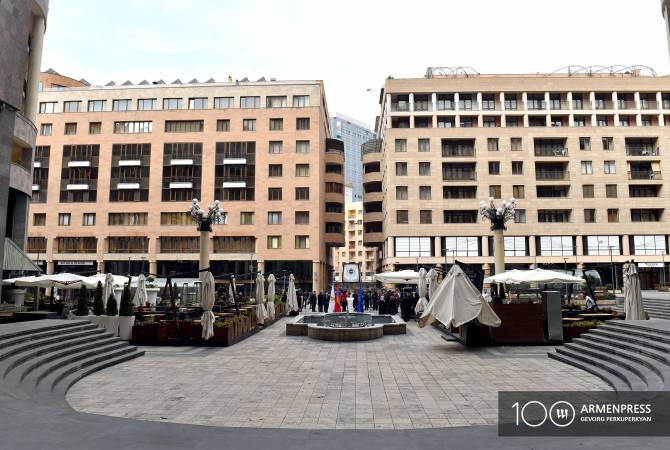 Vice Speaker of Parliament of Armenia Alen Simonyan said the naming of Europe Square is symbolic ahead of the 70th anniversary of establishment of the Council of Europe (CoE). “Over the past 28 years following its independence Armenia, adhered to the pan-European values, continues building its cooperation in the European direction. During its 70 years of existence the Council of Europe really has successfully carried its title of responsibility towards the European value system and continues carrying out a human-centered activity”, Alen Simonyan said.

Liliane Maury-Pasquier, President of the Parliamentary Assembly of the Council of Europe (PACE), who is in Yerevan these days, noted that Europe is not just a geographical concept, but a phenomenon that united around people speaking in different languages but with the same ideas.

“The Europe Square is a reminder that Europe is not just a concept, but a system that involves the freedoms and rights of all of us”, the PACE President said.

The event was also attended by Mayor of Yerevan Hayk Marutyan who handed over a Certificate of the Europe Square to the PACE President, announcing the opening of the Square.

The Europe Square is located in the area within Northern Avenue of Yerevan.