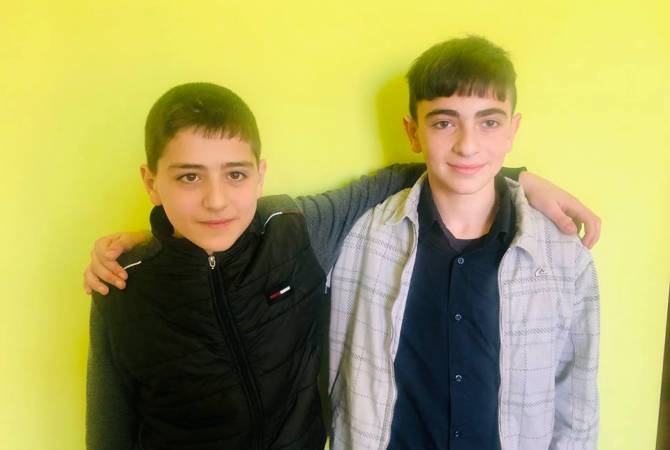 
YEREVAN, MARCH 6, ARMENPRESS. Two school-aged children from the Armenian town of Vanadzor are hailed heroes after they saved a driver who crashed into a river.

The accident took place on March 3.

The driver of a Mercedes lost control, slammed through the bridge barrier and crashed into the Tandzut River.

Edik Gharakeshishyan and Edmon Kocharyan, two 8-graders from the local school, just happened to be passing by. Without even a second of hesitation, the boys threw themselves into the freezing water to save the driver. They pushed the flipped car into a safe position, prevented a fire risk and even gave first aid to the driver and his passenger.

Turns out the two are members of the school’s rescue squad.

The Ministry of Emergency Situations said the victims were safely evacuated from the area and are currently hospitalized.