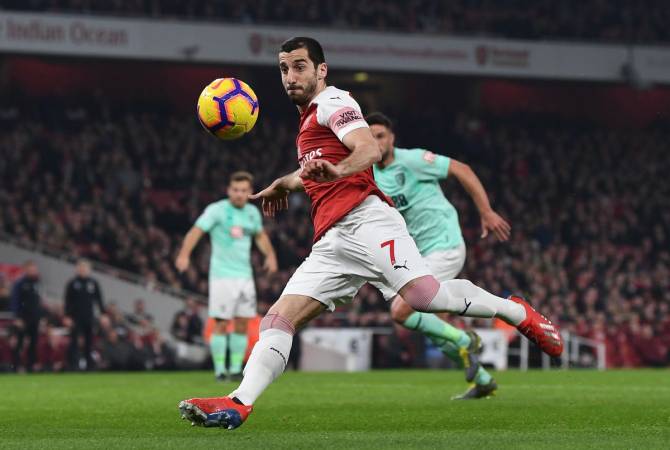 
MOSCOW, MARCH 5, ARMENPRESS. Football Club Zenit of St. Petersburg is interested in the services of captain of the Armenian national football team, midfielder of London’s Arsenal, Henrikh Mkhitaryan, however, no talks are being held at the moment, Alexander Medvedev - Zenit Saint Petersburg President, former Deputy Chairman at Gazprom, told ARMENPRESS correspondent in Moscow.

“All the leading football players of the Europe Championships are under our spotlight. From the perspective of building a team, you should definitely involve players of such level. It’s clear that he has been transferred from the Manchester United to Arsenal, has a currently operating contract and is at the peak of his training. He is 30 years old, and given his physical condition, he can easily play until the age of 35, like Aleksandr Anyukov, Yuri Zhirkov play in our club. He will undoubtedly find his place in our team with his level of playing. I think it would be easy for him to get adapted to the Zenit’s play”, Alexander Medvedev said.

He informed that at the moment they are not holding any talks for acquiring Mkhitaryan’s transfer and couldn’t mention an exact date for launching them, adding that he cannot tell anything else as long as the club’s transfer policy is not determined.