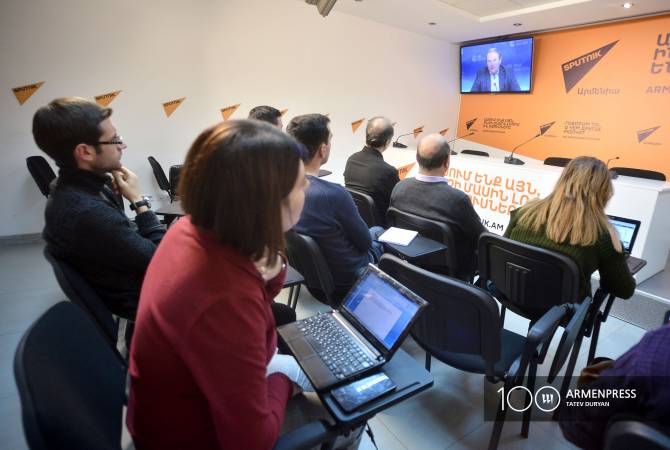 “We welcome the step of the Government of the Republic of Armenia, that responded to the call of Russia to provide humanitarian aid. This is not a support to Russia, though it’s very important for us when the CSTO and CIS member states support our foreign policy initiatives, but it’s rather a support to the Armenians living in Syria and we are thankful for that step”, Morozov said.

He added that currently Russia has a heavy burden of humanitarian mission on its shoulders in Syria and calls on all allies and partners to provide assistance to the Syrian people.

The member of RF Federation Council noted that the Armenian people have traditional and historical links with Syria and the fact that the group of Armenian de-miners and doctors is in Syria is a great step in terms of deepening the friendly relations between the Armenian and Syrian peoples.

A group consisting of humanitarian de-miners, doctors and Armenian specialists ensuring their safety, a total of 83 people, departed for Syria’s Aleppo on February 8 aimed at providing professional humanitarian support to the Syrian people.