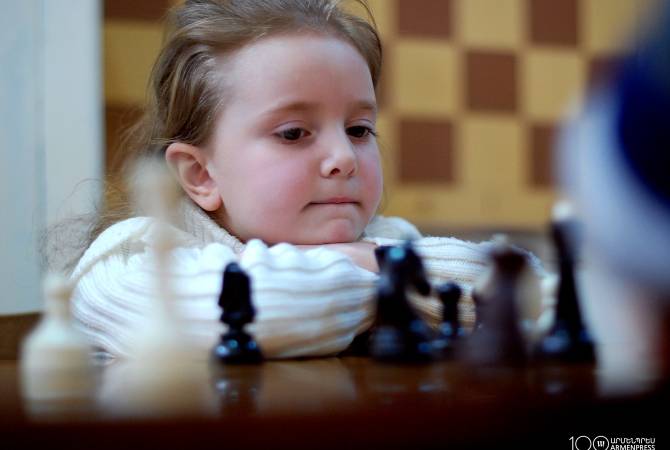 
YEREVAN, FEBRUARY 15, ARMENPRESS. Chess player and prolific chess author Irving Chernev once said “Every chess master was once a beginner”.

Strategy, discipline, math, patience, seems like the list of what chess can teach you can be quite long, but should it be taught in schools compulsory? This is the question that the education authorities in Armenia are currently discussing.

Since 2011, Armenia is breeding chess prodigies in public schools with a compulsory chess lesson in its curriculums. Chess in Armenia is highly popular today, as the country has produced many renowned grandmasters over the years.

But now, education authorities doubt whether or not chess should be a compulsory lesson at schools.

Since the introduction of the program, parents have claimed that their children's school curriculum was already complicated and overloaded.

The Ministry of Education and Science intends to scrap a few lessons from curriculums in the new academic year program as part of reforms. One of the lessons under consideration is chess.

Minister Arayik Harutyunyan had said that the issue of keeping or removing chess lessons from curriculums is under discussion. According to him, there are problems and complaints concerning the lesson, mostly related to homework and teaching.

It took 6 years for the Chess Federation of Armenia and the Chess Academic Research Institute to introduce the lesson in schools.

Vahan Sargsyan, Deputy Director of the Chess Academic Research Institute, argues that studies show chess to be among the favorite lessons of children in schools. “Studies show that chess leaves a positive impact on intellectual qualities and mentality. It is developing a creative mentality in children,” he said.

However, not all parents are happy with the lessons.

Satenik Melkonyan, a mother whose school-aged child is learning chess, insists that the lesson causes difficulties for her. She says that parents themselves are also facing difficulties. Parents are suggesting a more natural approach, i.e. if a child demonstrates love and potential for learning chess, then they should go to special chess schools voluntarily.

“It’s already two years that my daughter is attending chess lessons at school, but I have to say that first of all we are having great troubles with homework since I personally don’t know chess. My child has high progress in all lessons, except chess. I believe that if a child has love and potential for chess, then there are separate schools for it. It would be more appropriate for them to go to these schools. The majority of other parents of children from the same class agree with me”, she said.

Chess grandmaster Smbat Lputyan, the founder of the Armenian Chess Academy, argues that chess is one of Armenia’s trademarks. “Chess is developing rapidly around the world. Armenia is the only one to have already passed through it. We are passing down our experience to many countries of the world,” he told ARMENPRESS.

Chess is a compulsory lesson in 1500 public schools in Armenia and Artsakh since 2011.

When the program was adopted 8 years ago in Armenian schools, the decision was widely covered and praised by international journalists and chess experts.

Norwegian chess grandmaster and the current World Chess Champion Magnus Carlsen was among those praising the initiative.

“I think that Armenia’s such approach, especially including chess in school program, sets a wonderful example to the whole world. That is a great step”, Carlsen said during his visit to Armenia in 2014.

“The child is constantly making strategic decisions, assessing the situation before making a move - I think this is a great benefit for society”, Lputyan had said in 2018 for an interview with the BBC.