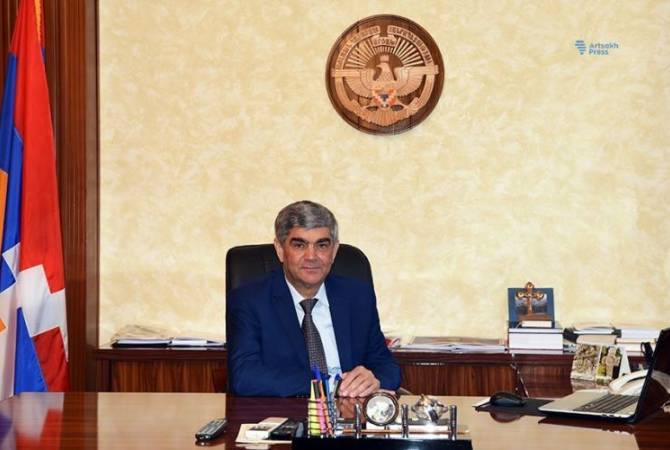 
YEREVAN, FEBRUARY 11, ARMENPRESS/ARTSAKHPRESS. Secretary of the Security Council of Artsakh Vitaly Balasanyan has announced commencing political consultations with the purpose of running for the Artsakh presidency in the 2020 election.

“In the coming days I plan to begin meetings with parliamentary and extra-parliamentary political forces, NGOs, active individuals, as well as to visit communities and meet with our citizens to discuss the expediency of me running for president in 2020. I have already announced that in order to get nominated I must have wide endorsement from the people, therefore I find similar public discussions to be reasonable,” Balasanyan told ARTSAKHPRESS.

Balasanyan, a Major General, ran for the presidency of Artsakh in 2012, but lost to incumbent President Bako Sahakyan. He was re-elected to parliament in 2015.

He said he will present his visions and programs for development during the public discussions.

“If there will be broad support and endorsement from the people, I will definitely be nominated and run for president,” he said.

In July 2016, Balasanyan traveled to Yerevan to negotiate with the gunmen who had ambushed a police station and taken hostages in what became known as the 2016 Yerevan hostage crisis. The gunmen eventually surrendered. Few months later he was appointed Secretary of the Security Council of Artsakh.

He holds the title of Hero of Artsakh.