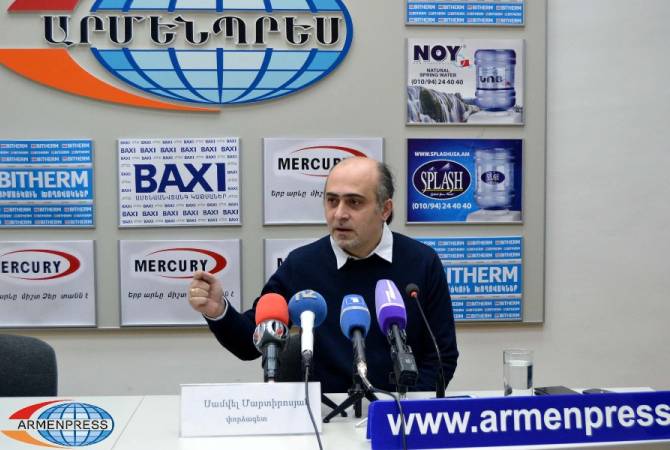 
YEREVAN, JANUARY 22, ARMENPRESS. The experts state that in recent period the Armenian social networks, medial field are focused on not so important domestic issues. As a result, in some cases both the public and the expert field ignore important domestic and foreign issues.

Media expert Samvel Martirosyan gave an interview to ARMENPRESS on the topic.

-Mr. Martirosyan, what are the recent trends in social networks?

-The internal political fight has intensified, and a large amount of manipulative, fake information is being circulated. Such phenomena existed in the past as well, but now it is in more large scale and obvious. There are many consequences, starting from the fact that there is heavy atmosphere. In addition, the trust of the general public towards media falls which in its turn damages the work of normal, professional journalists. There is also another problem: the information is so much and so controversial that in many cases the public loses the ability to check, and therefore, the consequences can be very comprehensive.

-Recently various fake information were being circulated, which later were denied, in particular those according to which a powerful earthquake is expected in Armenia or dollar appreciates. In addition there were also reports about extending the school holidays. What is the goal of spreading such fake news?

-It’s difficult to say what is the main goal because in most cases we don’t know anything about the source that spreads such information. But for the goals in general, they can be various starting from creating a panic atmosphere up to spreading anyone’s stupidity. I think both cases exist.

-Whether the fact that in recently the public is concentrated more on domestic issues doesn’t lead to ignoring the important external issues?

-I would like to state that during the discussions in social networks public may also ignore very important domestic issues, because the internal attention is relative. In many cases the public is concentrated on meaningless things which constantly change. Therefore, both the domestic and foreign topics are being ignored, and this is obvious. And this is not only by the public, but the expert community as well is concentrated on meaningless things.

There is a trend also when various state officials also react to fake, manipulative news, deny and respond to them. This speaks about the fact that there is no concrete information policy. In most cases the spokespersons institute doesn’t work well. There must be a general information policy which will regulate this, as well as will strengthen the institute of spokespersons and information departments of the agencies.

-You mentioned that there are many manipulative reports which mislead the society. What are the actions of the media field here?

-The first step of media should be to more closely work with the public and not act as a one-sided broadcaster. In other words, media and public should form healthy ties which will allow to decrease the number of existing disinformation. This is important, but I also want to note that I don’t see yet any action by the media on this path.

-Mr. Martirosyan, as you have previously informed, the Azerbaijani hackers attacked nearly 2000 Armenian e-mail and Facebook accounts. What is the reason of Azerbaijan’s such activeness?

-This case in particular is linked with the anniversary of the Baku massacres, but in general, Azerbaijan is very active in the information field in the recent period. And this activeness is noticed in different directions – social networks, works with the news agencies and journalists of different countries. The Embassies have also become active.