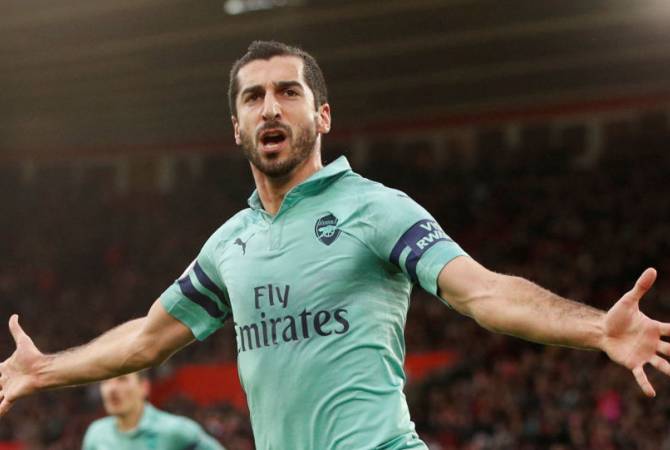 “HAPPY BIRTHDAY, MICKI! Henrikh Mkhitaryan turns 30 today - we hope you have a good one and we're looking forward to seeing you back on the pitch soon”, Arsenal said on Twitter.

HAPPY BIRTHDAY, MICKI! @HenrikhMkh turns 30 today - we hope you have a good one and we're looking forward to seeing you back on the pitch soon  pic.twitter.com/58j6Qof9pk

Henrikh Mkhitaryan was born on 21 January 1989. At an early age he lived in France, but later returned to Armenia where he decided to choose the football career.

He is the captain of the Armenian national football team since 2015.

He played in Metalurh Donetsk and Shakhtar Donetsk. The Armenia international later joined the Manchester United FC where he played until 2018. And on January 22, 2018 he signed a 4-year contract with London’s Arsenal.