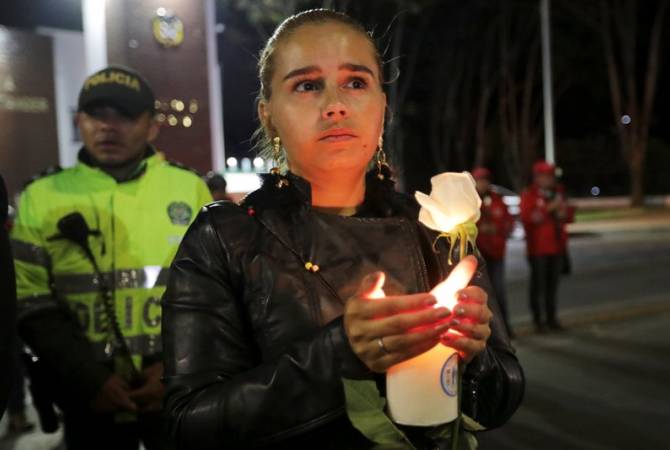 
YEREVAN, JANUARY 18, ARMENPRESS. Colombia’s President Ivan Duque declared a three-day national mourning over the terror attack in the capital of Bogotá which claimed lives of at least 21 people, BBC reports.

“From the moment of the terror attack we provide necessary support to the families of the victims, I address my love and sense of gratitude to them. We declare three-day national mourning for their honor”, he said in a message.

At least 21 people have been killed in a car bomb attack in the Colombian capital of Bogotá.

Dozens more were injured in the blast.

The car’s driver, who was also killed, has been identified as a 57-year-old José Aldemar Rojas Rodríguez.

The vehicle was carrying 80kg (176lb) of the powerful explosive pentolite, which has been used in the past by Colombia's rebel guerrilla groups, said Attorney General Néstor Humberto Martínez.

The suspect had no criminal record.