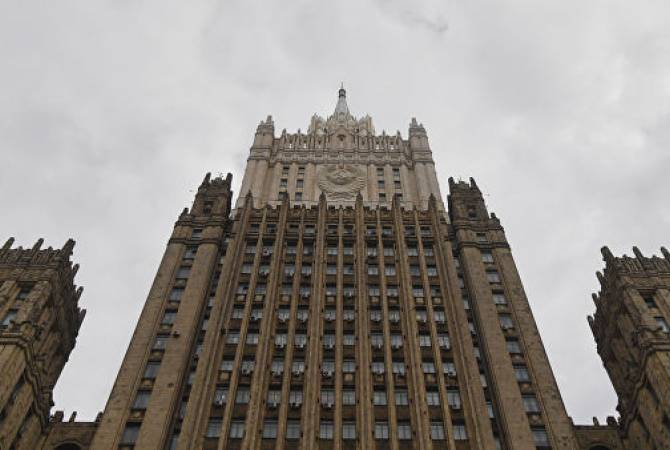 
YEREVAN, JANUARY 15, ARMENPRESS. The Russian Foreign ministry has sent a note to the Azerbaijani embassy over the discriminatory treatment towards Russian citizens at the airports of Baku, ARMENPRESS reports, RIA Novosti” informs.

“The Azerbaijani embassy in Moscow has received a note from the Russian Foreign Ministry over discriminatory treatment towards its citizens in Azerbaijan based on ethnic belonging”, a diplomatic source told “Ria Novosti”.

On January 11 spokesperson of the Russian Foreign Ministry Maria Zakharova hoped that Azerbaijan will stop discrimination against Russian citizens of Armenian origin and will not ban their entry into Azerbaijan.

During the briefing Zakharova particularly focused on the discriminatory attitude of Azerbaijani leadership towards Russian citizens based on their ethnicity.

“During the last year we were informed about at least 16 cases when Russian citizens were banned to enter Azerbaijan due to their ethnicity. Those citizens were forces to wait and later sent back to Russia without any explanation”, Zakharova said.

Zakharova told reporters that the deportation of Russian citizens from Azerbaijan for ethnic reasons is a gross violation of the rights of those persons. “I have seen many reports about this, including in social networks. A similar incident was also registered during the holidays, but we have also seen similar cases in the past. We have regularly raised this issue before the Azerbaijani leadership, we have said that unfortunately such cases become a tradition, incorrect and bad tradition”, Zakharova said.

She added that the Russian authorities have urged Azerbaijan several times to stop that behavior since it’s not acceptable from the viewpoint of Russian-Azerbaijani relations.

“The Azerbaijani authorities have assured that the issue will be solved and we hope it will really happen”, she said.