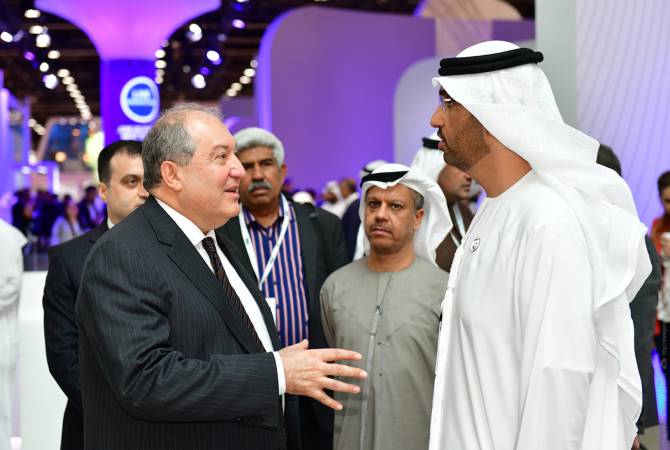 President Sarkissian said although Armenia is a small country, Armenians are global and closely connected nation. And when he, as a President, talks about cooperation he means not only Armenia, because Armenians, the Armenian business are everywhere in the world thanks to which the cooperation potential is significantly growing.

The officials agreed that as a first step the UAE delegation will visit Armenia to get acquainted with the opportunities, hold discussions and put the existing proposals on practical basis.