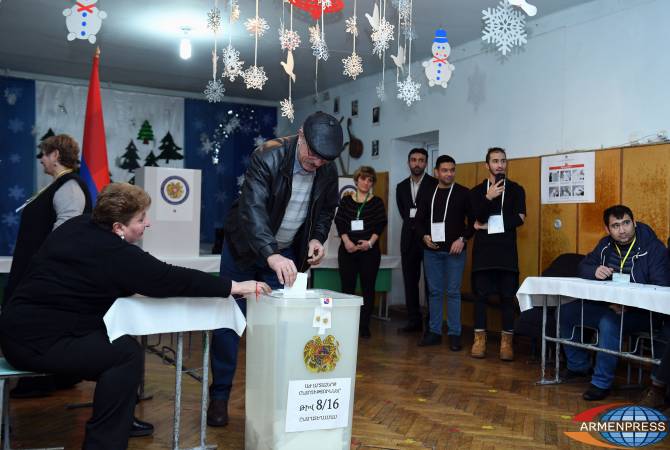 
YEREVAN, DECEMBER 10, ARMENPRESS. Aleksander Pociej, Head of the delegation from the Parliamentary Assembly of the Council of Europe (PACE), says the 2018 peaceful, “velvet” revolution, in conjunction with the political will of the current authorities, enabled the holding of democratic elections in Armenia, reports Armenpress.

At a meeting with reporters, Aleksander Pociej said PACE has observed every election in Armenia since 1995. “Despite the complex electoral system and reported instances of intimidation via social media, the recurring electoral irregularities which tainted many elections in the past were absent. It is up to Armenia’s elected representatives to launch legal reforms to consolidate the democratic process in the country”, he said.

He said the PACE and the Venice Commission hope to continue the close cooperation with Armenia, and the final report on elections will be presented at a session in Strasbourg in January.