69.4% of voters say will vote in favor of My Step alliance during upcoming elections – GALLUP poll | ARMENPRESS Armenian News Agency

69.4% of voters say will vote in favor of My Step alliance during upcoming elections – GALLUP poll 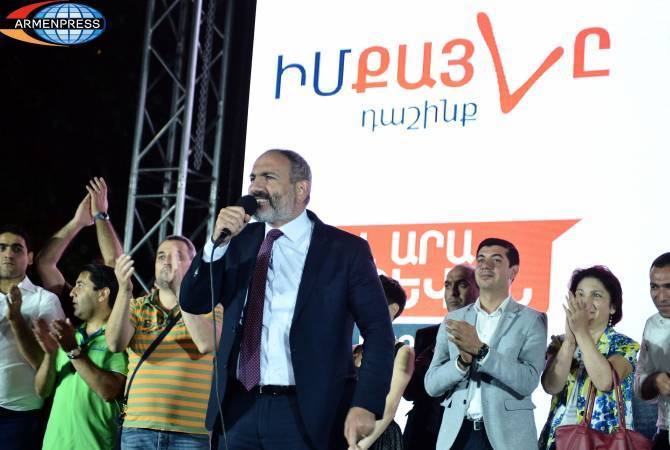 “69.4% of citizens who are going to participate in the elections said they will vote in favor of the My Step party alliance, 5.7% will give their votes to the Prosperous Armenia party, 3.8% to the Bright Armenia party”, he said.

He added that 1.4% of the voters will vote for the Sasna Tsrer Pan-Armenian party, 1.3% for the Republican Party of Armenia (RPA), 1.2% for the ARF, 0.8% for the We alliance, 0.4% for the Rule of Law party, 0.3% for the Citizen’s Decision Social-Democratic party, 0.1% for the National Progress party, but none of the survey respondents mentioned the name of the Christian-Democratic Revival party.

The polls were conducted by face to face format. 1100 people were surveyed. The surveys were conducted in 10 provinces of Armenia and all administrative districts of Yerevan in proportion to the distribution of the population of Armenia.