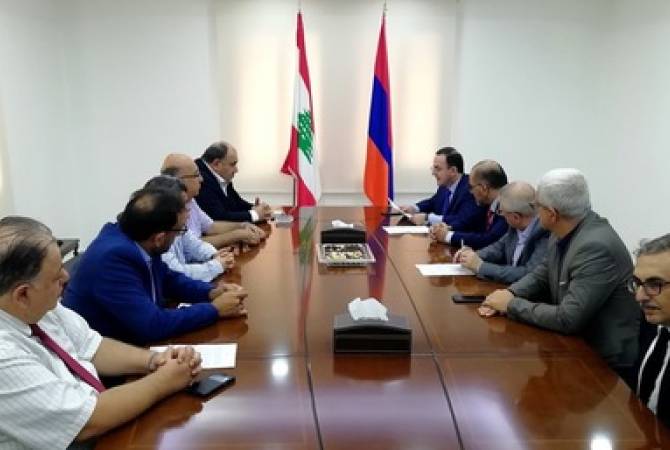 
YEREVAN, OCTOBER 18, ARMENPRESS. Lebanon's Armenian political parties held a meeting Thursday at the Orthodox Armenian Archbishopric to discuss reports suggesting that the Armenian community will be represented by one rather than two ministers in the new government, ARMENPRESS reports, citing naharnet.com.

In a statement, the conferees from the Tashnag Party, the Hunchak Party and the Ramgavar Party welcomed the efforts that are being exerted to form the cabinet, hoping the new drive will “lead to a government that would pull the country out of its political crisis.”

They however stressed “the importance of consensus among the political parties and the need to preserve confessional balances in the formation of the government and to respect the norms stipulated by the Taef Accord.”

Commenting on reports saying the Armenian community will only be represented by one minister and that the second seat would go to minority religious communities, the conferees underlined their insistence on “the right of the community to be represented by two ministers,” while emphasizing their “ultimate support for the representation of minorities in the government with one minister, but not at the expense of the Armenian community.”