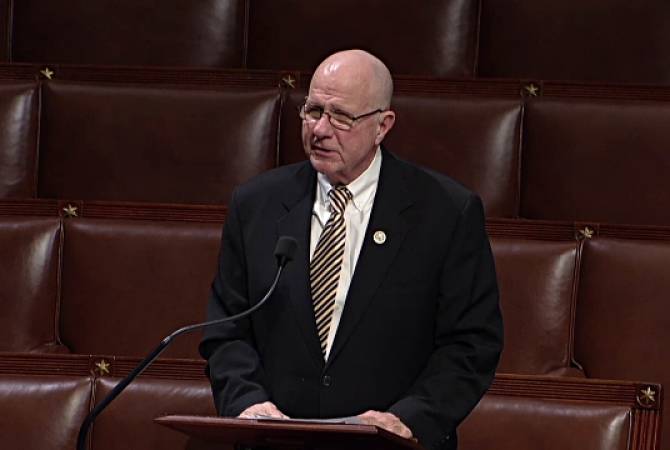 
YEREVAN, SEPTEMBER 13, ARMENPRESS. Member of the United States House of Representatives Ted Poe has condemned in his speech the Armenian Genocide and urged the U.S. Government to recognize it, ARMENPRESS was informed from the twitter page of the ANCA.

In his speech he said, “More than a century ago, when the attention of the world was concentrated on the great  war in Europe, one of the most horrible genocides took place. The Ottoman Empire and its
successor, today’s Turkey, have always denied the violence they committed against the Armenian people. Our government has supported Turkey for a very long time. We allowed politics to turn our eyes blind over the massacre of 1.5 million innocent Armenians committed by the Ottoman Turks”, he said, adding that urging the U.S. Government to recognize it so as to prevent similar tragedies. “This also means to exert pressure on the Turks so as they also recognize their crimes committed in the past”, he added.

Ted Poe also referred to Turkey’s behavior as a NATO member state, assessing it as inadmissible.