Azerbaijan’s dictator concerned over establishment of “dictatorship” in Armenia 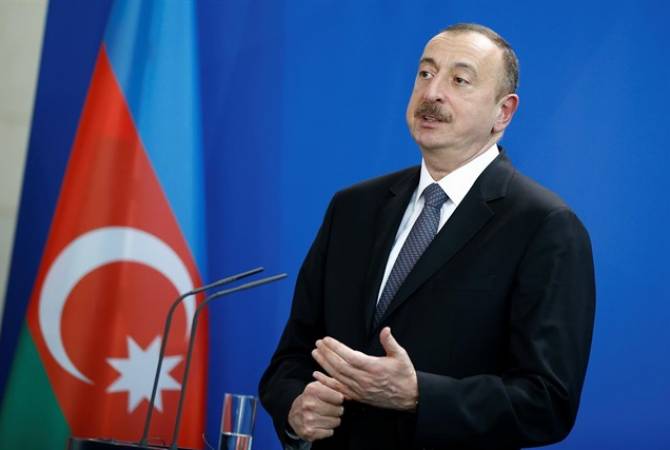 
YEREVAN, SEPTEMBER 12, ARMENPRESS. Azerbaijani President Ilham Aliyev, who gained president’s post from his father as a heritage and during whose years of rule various international institutions condemned the leadership of that country for gross violations of human rights and crackdown and persecution against their political opponents and journalists, has expressed concern over the emerging dictatorship in Armenia.

ARMENPRESS reports, citing Azerbaijani media, during a meeting with OSCE Secretary General Thomas Greminger Aliyev urged him not to be indifferent towards the political process in Armenia, drawing his attention on “mass violations of human rights, arrests of political opponents and the establishment of a new dictatorial regime in Armenia”.

Ridiculously, Armenia is blamed for establishing dictatorship by someone during whose presidency human rights violations have become regular in Azerbaijan and political persecutions and censorship have become normal for that country, whereas all the international democratic institutions, including the OSCE, have welcomed the peaceful change of power in Armenia and have expressed readiness to assist in further democratic reforms.