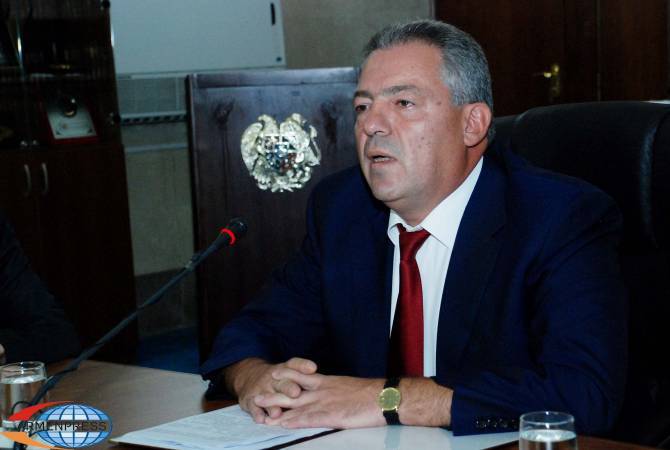 
YEREVAN, AUGUST 29, ARMENPRESS. Three masked gunmen have breached into the home of Arman Mkrtumyan, the former president of the Court of Cassation of Armenia, late Tuesday evening in a village outside of Yerevan.

Mkrtumyan and his family were in the house at the time of the attack, Investigative Committee spokesperson Sona Truzyan said on Facebook.

“Arman Mkrtumyan and his son went outside after noticing them [gunmen] with surveillance cameras. According to preliminary information the gunmen opened sporadic gunfire from automatic weapons,” Truzyan said.

She said that one of the suspects was arrested.

An investigation has been launched, according to Truzyan.

No other details were available at the moment.

10:20 - Law enforcement agencies said they have discovered 20 bullet cases and one loaded assault rifle at the scene. CCTV recordings of the house have been confiscated. The Investigative Committee did not specify whether or not the former court official or his family have been injured.