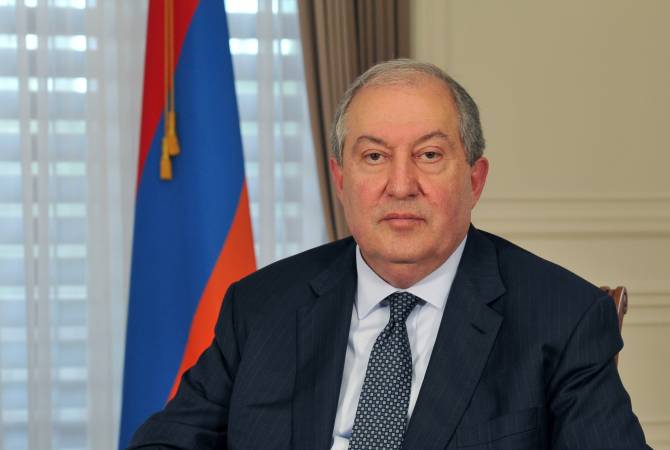 
YEREVAN, AUGUST 7, ARMENPRESS. President of Armenia Armen Sarkissian sent a letter of condolences to the family of Arsene Tchakarian, a devotee of the French Resistance movement, member of the Missak Manouchian Group, on the occasion of the latter’s death, the Presidential Office told Armenpress.

The letter says: “The life path of the staunch fighter of the Manochian Group reflects the great tragedies of the 20th century and the spirit of fight for freedom and justice.

Facing the bitter fate of the survivor of the Armenian Genocide and the pain of the great losses of his people, he fought fascism with a group of like-minded people like him, and in the postwar years he fought for the restoration of historical justice until his death.

Arsene Tchakarian’s life experience teaches us how to remain committed to the idea, truth and humanitarianism.

Eternal glory to him and his fallen friends”.