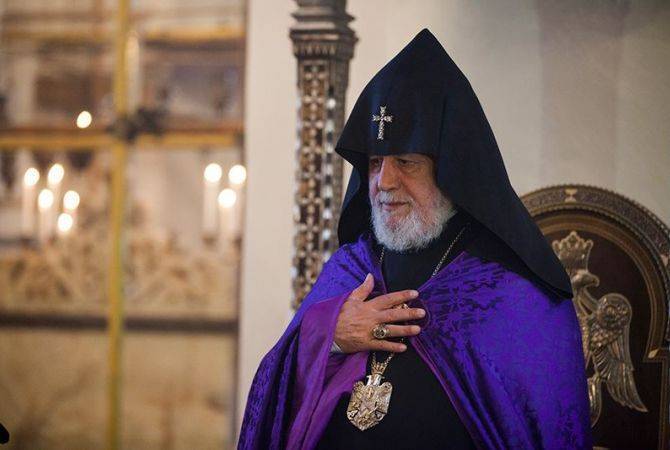 
YEREVAN, JULY 24, ARMENPRESS. His Holiness Garegin II, Supreme Patriarch and Catholicos of All Armenians, on July 24 sent a letter of condolences to His Beatitude Ieronymos II, Archbishop of Athens and All Greece, on the occasion of wildfires in Attica region of Athens which claimed lives of several dozens of citizens, the Mother See of Holy Etchmiadzin told Armenpress.

His Holiness Garegin II extended condolences to the Greek people and families of the victims on behalf of the Supreme Spiritual Council and the Mother See.

“May God help the Greek people to overcome these hardships and live in peace and safety”, the letter said.