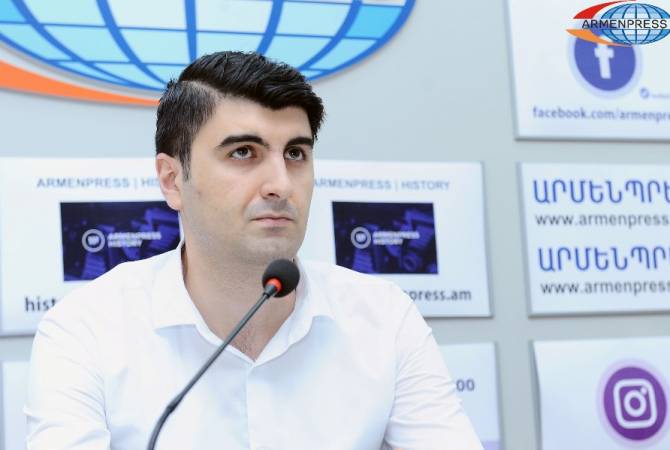 -How do you assess Armenian Prime Minister Nikol Pashinyan’s visit to Brussels in the context of the Armenia-NATO relations?

-Firstly, I would like to state that the Brussels visit was of cognitive nature since this was Pashinyan’s first visit to Brussels as a Prime Minister, and overall the visit can be assessed as positive.

As for the Armenia-NATO relations, the visit was quite important in terms of the contacts with the leaders of the structure and its separate member states which is vital for establishing ties and exchanging views on different matters. On the sidelines of the visit it’s necessary to highlight the PM’s participation in the meeting of the heads of state and government contributing to the Resolute Support mission in Afghanistan during which the Armenian PM delivered remarks.

Armenia is taking part in the NATO’s peace operation in Afghanistan since 2010. And today nearly 130 Armenian servicemen continue conducting service in that country. It’s worth to mention that the participation in this mission not only contributes to the development of skills of the Armenian servicemen, but also positively affects Armenia’s international reputation. In fact, it’s a clear indicator that Armenia is not a security consuming, but a security providing country.

-Different comments are being circulated in the media in connection with the point in the NATO summit’s final document relating to the Karabakh conflict.

-Actually, the part in the final document of the NATO summit relating to the Karabakh conflict repeats the formulations reflected in the final act of the 2016 July Warsaw summit. I want to state that these formulations contain some contradictions which is due to not so objective approach by NATO to show a single approach to different conflicts. The document states that the structure supports the territorial integrity, independence and sovereignty of Armenia, Azerbaijan, Georgia and Moldova. At the same time it states that NATO continues supporting the efforts aimed at peacefully settling the conflicts in the South Caucasus (including the Karabakh conflict), in accordance with the principles and norms of the international law, as well as the UN Charter and the Helsinki Final Act. In fact, this formulation makes indirect reference to peoples’ right to equality and self-determination, which is one of the key principles of the Helsinki Final Act.

The Armenian side has constantly voiced about the controversy of such formulation, calling on to adopt a differentiated approach over conflicts which will take into account also their features. At the same time, it was clearly stated that NATO plays no role and has no mandate in the NK conflict settlement process, and any unbalanced approach on such sensitive issue can lead to negative consequences.

The Armenian leadership of different years has approached to issue of participation in the NATO summits with some reservations, in connection with such formulations. For instance, there have been years when the Armenian side made a decision not to participate in the summits. But there have also been years, for instance in Wales 2014, Warsaw 2016, and as well as this year in Brussels, that the Armenian side participated in the summit by using this platform to voice about its proposals, approaches and views on the NK conflict as effectively as possible. One of the most vivid manifestations of this was perhaps the Armenian PM’s speech at the NATO during which the NK conflict and Azerbaijan’s aggressive behavior were presented with an interesting and new approach, which, I think, was quite effective.