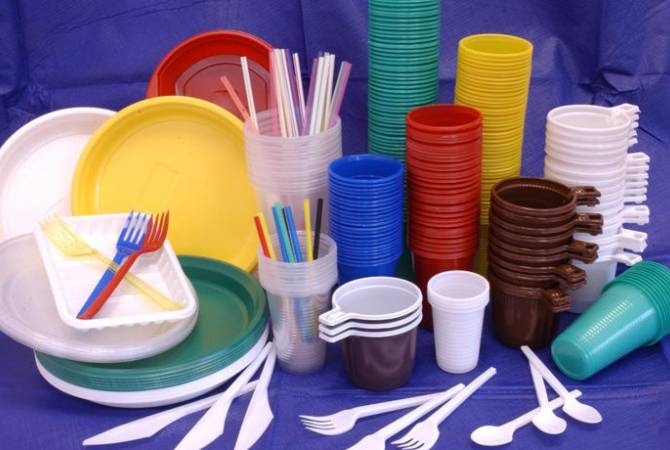 
YEREVAN, JULY 10, ARMENPRESS. Armenia is launching a campaign of banning single-use plastic. The program will be launched in one community and will later encompass a province and subsequently the entire country, minister of nature protection Erik Grigoryan told reporters.

According to the minister, this process is rapidly being implemented in many countries, and he believes that single-use plastic will be banned globally in the next 5-10 years.

“We can’t entirely ban the use of single-use plastic now, but we are launching the process,” he said, adding they will start reprocessing of plastic bottles in the community where the program will begin.

He said the program won’t be funded from the budget, but rather as result of efficient use of international grants.

According to a 2016 estimate by the EU, plastic bags, bottles and containers are the main pollution source of water in Armenia. Nearly 5000 tons of plastic waste is accumulated in Armenia yearly.