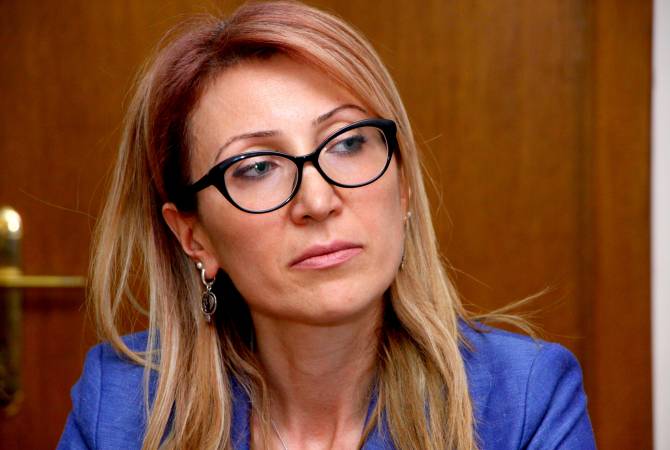 
YEREVAN, JUNE 21, ARMENPRESS. After more than a week since minister of labor and social affairs Mane Tandilyan said she is stepping down, Prime Minister Nikol Pashinyan said at today’s Cabinet meeting that he hasn’t accepted the resignation.  Tandilyan had announced that she is resigning because of the government’s decision over a mandatory pension system, something she opposed.

“We decided with Mrs. Tandilyan that we must continue joint work, including with the purpose of continuing discussions over the accumulative pension fund,” the PM said.

He said they must work to make the fund more reliable and acceptable.  The PM said the government will have a specific draft within two months regarding the system, which “requires most serious improvement”.

In turn, Tandilyan, who was in attendance, said that her resignation related also to the principles of the system.

She said that a revised bill will be submitted to parliament in autumn.