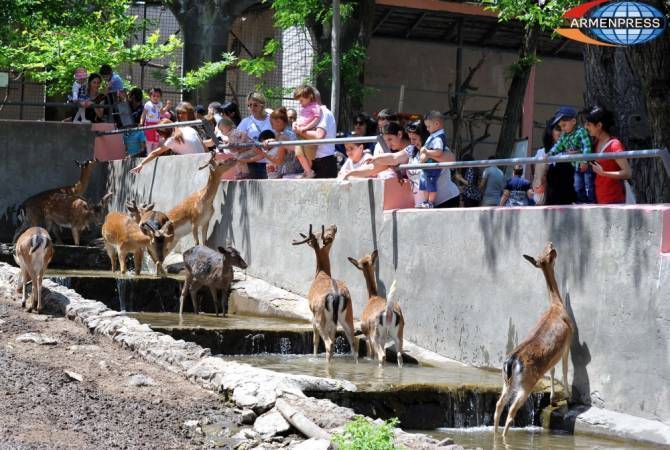 
YEREVAN, JUNE 14, ARMENPRESS. Four types of animals have been affected in the Yerevan Zoo due to tuberculosis.

Arevik Mkrtchyan from the Yerevan Zoo old ARMENPRESS that the unfortunate cases happened from late January to early February. The Zoo was closed for visitors during this period.

“The disease was first discovered in a  roe deer. After a lab test confirmed the disease, the same problem was noticed in lamas. Since a standard procedure implies very harsh countermeasures against tuberculosis pathogens the ungulates which shared the same habitat space have been put down,” she said, adding that a goat, deer and the roe deer have also been affected.

“Eight lamas have been euthanized as result of the disease, followed by a huge sanitary actions, land demolition, in order to get rid of the pathogen. The inspection, national tuberculosis dispensary and the Yerevan City Hall have been notified about the case,” she said.

She said the lost quantity can be restored easily, and the Yerevan Zoo is awaiting one male lama from Georgia and one female lama from Kaliningrad.

Media reports alleged that the Yerevan Zoo has tried to conceal the deaths of the animals, but Mkrtchyan said those rumors are false.