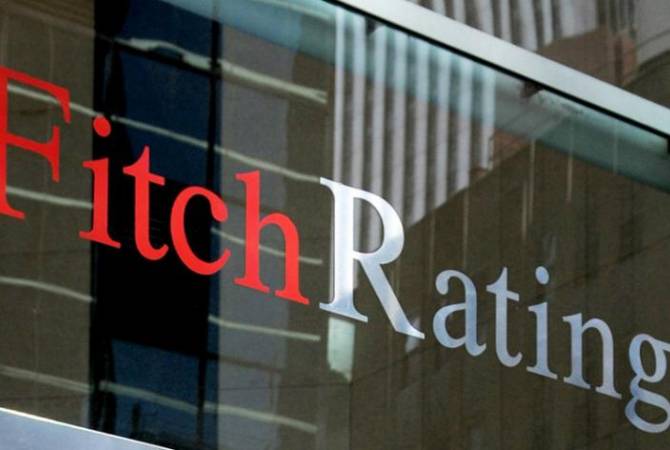 
YEREVAN, MAY 18, ARMENPRESS. The peaceful resolution of Armenia's political crisis via constitutional processes, and the continued smooth functioning of economic institutions such as the central bank have minimized the impact of the crisis on the economy, ARMENPRESS reports, citing Fitch Ratings. The incoming government's capacity to meet supporters' expectations for change without a parliamentary majority will determine how long its honeymoon period lasts, although we expect broad economic policy continuity.

Nikol Pashinyan, previously a journalist and opposition party leader, was elected Prime Minister after winning a second parliamentary vote (59-42) on 8 May, following weeks of large-scale protests that led to the resignation of Serzh Sargsyan. Protestors objected to Mr Sargsyan's appointment as Prime Minister in April after he had served 10 years as President.

Economic disruption from the transition appears to have been minimal. The financial sector did not see destabilising pressure on bank liquidity or deposits, while international reserves remain at prudent levels. A favourable external environment in terms of commodity prices, export demand and continued remittance growth reduces near-term risks for the economy. Real GDP growth was 7.5% in 2017, and the Economic Activity Indicator rose by an average of 10.6% in 1Q18.

Mr Pashinyan's cabinet, which includes experienced technocrats as well as private sector professionals, has until the second week of June to present a policy programme. We believe certain factors point to broad continuity in the commitment to preserve macroeconomic and financial stability as well as the sustainability of fiscal accounts. For example, the Central Bank of Armenia has a high degree of independence, and the recently named Minister of Finance was the Deputy Finance Minister under a previous administration and is a career technocrat. Certain reform initiatives to lift growth prospects could overlap with initiatives of the previous government, which aimed for economic diversification and to improve the business environment.

Nevertheless, domestic political uncertainty has not been fully dispelled, since the incoming administration faces significant challenges. Mr Sargsyan's Republican Party of Armenia remains the largest party in parliament, and it is not clear that Mr Pashinyan, a political outsider, can build and maintain a parliamentary majority and balance the need to work with entrenched economic interest groups while maintaining popular support by pursuing his broad aims of tackling corruption and a commitment to social justice.

In order to strengthen his government's position, the incoming Prime Minister has indicated he will seek fresh parliamentary elections in 2018, but this initiative requires the approval of three-fifths of parliament. Failure to approve a government programme after two attempts would also lead to elections.

Mr Pashinyan has clearly stated that he is committed to foreign policy continuity. This would mean maintaining the 'multi-vector' approach that seeks to balance relations between western partners and Russia. In addition to reducing the risk of international tensions, the combination of economic and foreign policy continuity implies that technical and financial support from international financial institutions and bilateral partners will likely remain available. The absence of foreign involvement contained the impact of the protests on confidence.

However, we do not anticipate near-term progress in resolving the Nagorno-Karabakh issue, and we still consider escalation to be a material risk given repeated clashes over the past two years.

Armenia's growth prospects and fiscal consolidation progress drove our decision to revise the Outlook on the country's 'B+' sovereign rating to Positive last December, and will remain important factors in our ratings assessment.