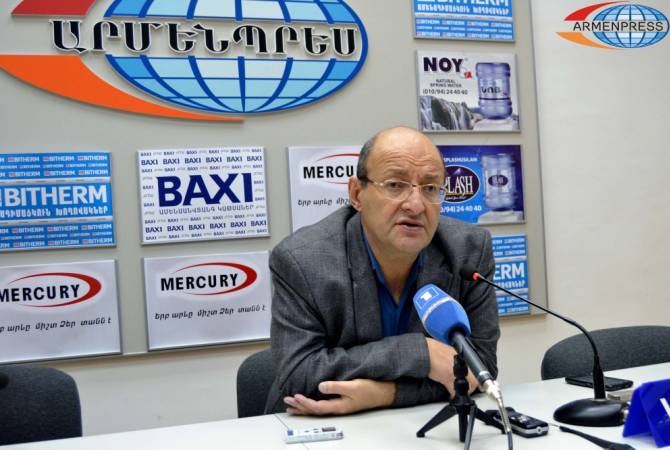 
YEREVAN, MAY 18, ARMENPRESS. The new government of Armenia has expressed complete support to the organization of the 2019 Yerevan World Congress on Information Technologies-WCIT.

“WITSA (World Information Technology and Services Alliance) Chairman Yvonne Chiu and Secretary General James Poisant were recently here. They had meetings with the President and Prime Minister. This meeting was highlighted with the fact that it was the first meeting with the  new government of Armenia. It was a rather productive discussion, a detailed conversation took place about the format and issues of the event. The leaders of the country expressed full support to the holding of the congress in Yerevan,” Vardanyan said.

Vardanyan mentioned that right now the marketing program is under discussion, which is an important phase of the preparation process.

Vardanyan says he sees readiness from the government to boost the IT sector. He attached importance to Hakob Arshakyan’s appointment as first deputy minister of transportation, communication and IT.

“We are very pleased from this appointment. Hakob Arshakyan has great experience in the high tech sector in both engineering and business development directions. He is a very high class professional,” he said.

The meeting focused on issues relating to the organization of the upcoming 2019 Yerevan World Congress on Information Technologies-WCIT, the press service of the government said.

The Prime Minister attached importance to hosting the conference and noted that the government will make all efforts to organize and hold it on a high level.

PM Nikol Pashinyan mentioned that the IT branch will be among the government’s priorities and he expressed confidence that this sector will become one of the moving forces of the economy.

Pashinyan and Yvonne Chiu agreed to form a joint working group which will begin the preparation works.

Mrs. Chiu stressed that the WITSA is interested in close cooperation with the Armenian government and presented Taiwan’s practice in organizing the conference.

Estimates regarding visitors and participants vary but experts say between 2500-4000 delegates from nearly 80 countries are expected to participate in the conference.