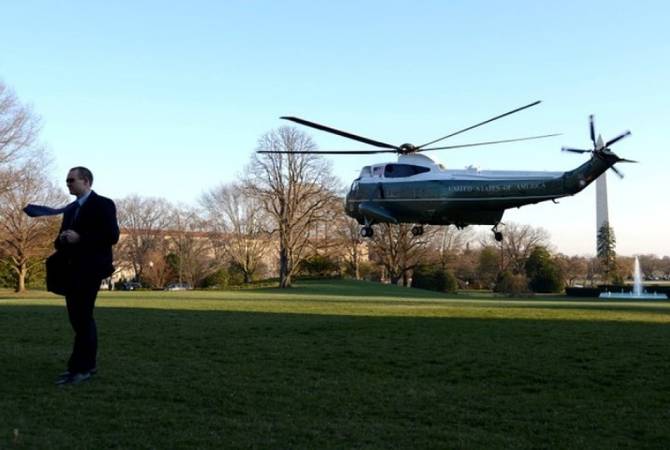 
YEREVAN, MARCH 19, ARMENPRESS. A helicopter carrying Ivanka Trump and Jared Kushner had to return to the airport in Washington D.C. after one of its engines suffered failure, CNN reports.

US President Donald Trump’s daughter and son-in-law were flying from Washington D.C. to New York in a two-engine helicopter when one engine failed.

The pilot made a decision to return to the Ronald Reagan National Airport.

The helicopter safely made it back to the Airport and the couple scrambled to get on a commercial flight instead.

The causes of the engine failure are still unknown.