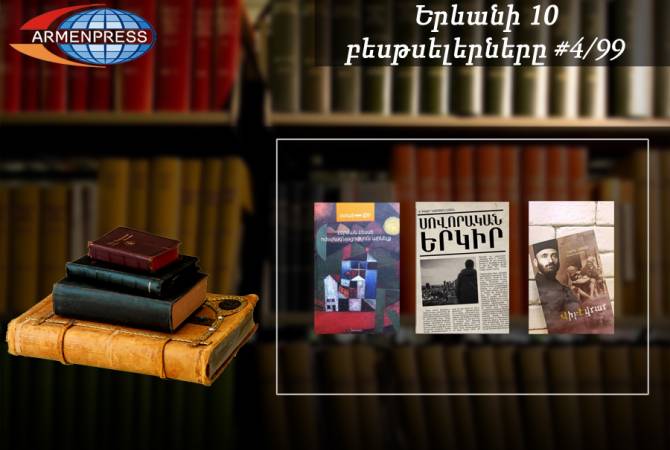 Jonathan Livingston Seagull by American writer Richard Bach is third in the list. It is a fable in novella form about a seagull who is trying to learn about life and flight, and a homily about self-perfection. It was first published in 1970.

Oscar Wilde’s The Picture of Dorian Gray comes next in the weekly bestselling list. Dorian Gray is the subject of a full-length portrait in oil by Basil Hallward, an artist who is impressed and infatuated by Dorian's beauty; he believes that Dorian's beauty is responsible for the new mode in his art as a painter. Through Basil, Dorian meets Lord Henry Wotton, and he soon is enthralled by the aristocrat's hedonistic worldview: that beauty and sensual fulfillment are the only things worth pursuing in life.

Journey to the East is a short novel by German author Hermann Hesse. The novel is 6th in this week’s list.  Journey to the East is written from the point of view of a man (in the book called "H. H.") who becomes a member of "The League", a timeless religious sect whose members include famous fictional and real character.

A branch of the group goes on a pilgrimage to "the East" in search of the "ultimate Truth". The narrator speaks of traveling through both time and space, across geography imaginary and real.

Three Comrades by German author Erich Maria Remarque is 7th this week. It is written in first person by the main character Robert Lohkamp, whose somewhat disillusioned outlook on life is due to his horrifying experiences in the trenches of the First World War's French-German front. He shares these experiences with Otto Köster and Gottfried Lenz, his two comrades with whom he runs an auto-repair shop in late 1920s Berlin. Remarque wrote the novel in exile.

Armenian writer Mark Aren’s Ville-Évrard is ranked 8th. A story evolving around Komitas, Edmund Forster, the psychologist who inspired Adolf Hitler that the latter was unique, guided by which the Nazi leader decided to conquer the world, resulting in millions of victims. It was Forster who saved Soghomon Tehlirian, who gunned down Talat Pasha, one of the organizers of the Armenian Genocide, from capital punishment. The refuge of Komitas, who survived the Armenian Genocide, was Ville-Évrard mental hospital in France.

The Alchemist by Brazilian writer Paulo Coelho comes next. Originally written in Portuguese, it became an international bestseller translated into some 70 languages as of 2016. An allegorical novel, The Alchemist follows a young Andalusian shepherd in his journey to Egypt, after having a recurring dream of finding treasure there.