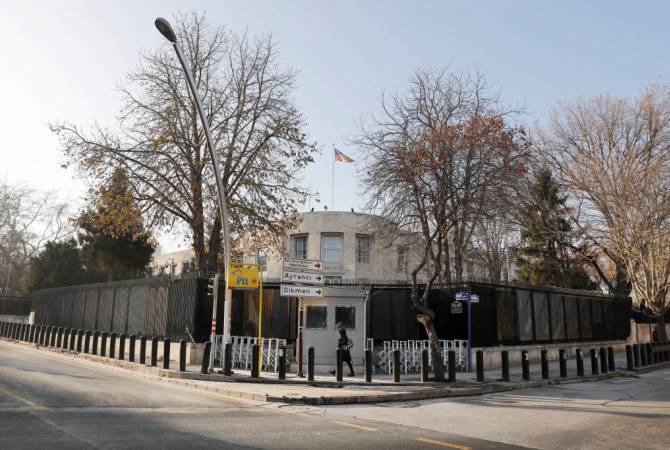 
YEREVAN, FEBRUARY 15, ARMENPRESS. City officials of the Turkish capital adopted a decision with majority votes to rename the Nevzat Tandogan Avenue as Olive Branch Avenue. The Embassy of the US is located on the Tandogan Avenue, and the new name is derived from the name Operation Olive Branch – the codename for Turkey’s military intervention in Afrin, Syria.

Anadolu reported that the city officials also adopted decision on renaming 7 avenues and streets across Ankara which bear the name Gulen.

Disagreement between the US and Turkey have developed as the American side doesn’t consider Kurdish militants as terror threat.

In January 2018, the Turkish military began an operation in the Kurdish-majority Afrin Canton and the Tel Rifaat Area of Shahba Canton in Northern Syria. Turkey code-named the operation as Operation Olive Branch. In the pretext of fighting terror, Turkey is actually targeting the Kurdish population.