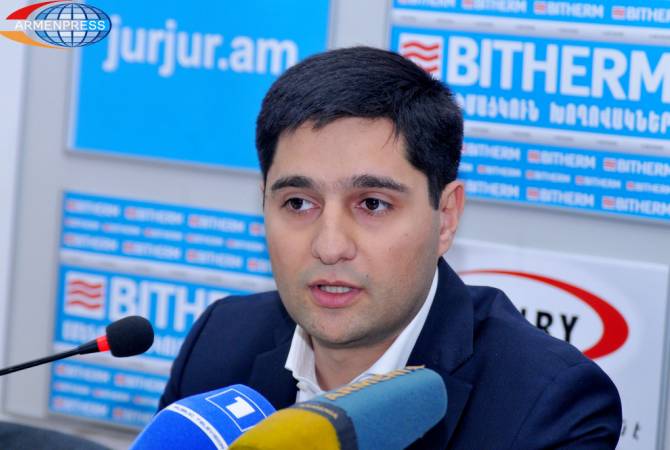 The event is held is different countries every year, and the 2019 congress will be held in Yerevan, Alexander Yesayan, president of the Union of Information Technology Enterprises (UITE) – organizer of the event in Armenia – told ARMENPRESS.

“The World Congress on Information Technology will become the next most significant event for Armenia after the 2018 La Francophonie summit. Yerevan will become a technopark capital for more than 2000 global IT leaders, which will create a wonderful opportunity in terms of the country’s image, positioning on the world IT map, attracting investments and tourism”, he said.

In his words, there are powerful visiting cards to present to IT giants – Armenia is a country where strategic and engineering mentality begins developing from school – first of all chess, followed by engineering education from the age of 10. Yesayan says this is a promising experience which is applied only in Armenia.

“It’s no coincidence that we were enabled to hold this congress thanks to the Armath engineering lab program. In 2014 the UITE presented our experience of engineering education at the Mexico WCIT, and at the same time the Armath program was awarded the Sustainable Growth award by WITSA, and this year we will sign an agreement with India on exporting Armath labs”, Yesayan says.

The World Congress on Information Technology (WCIT) is the largest and the most reputable international event among worldwide IT leaders.

It brings together high-level officials from different countries, heads of multinational organizations, universities and scientific research centers, non-governmental organizations’ representatives and many more.

The event includes discussions of legal, political and economic trends affecting IT business processes, presentations of innovative solutions, B2B meetings and so on.

Armenia has been approved as the hosting country for WCIT 2019 during the meeting of the WITSA’s board of directors at WCIT 2014 Mexico.