Nearly 80,000 people to be added to accumulative pension system after initiating mandatory component 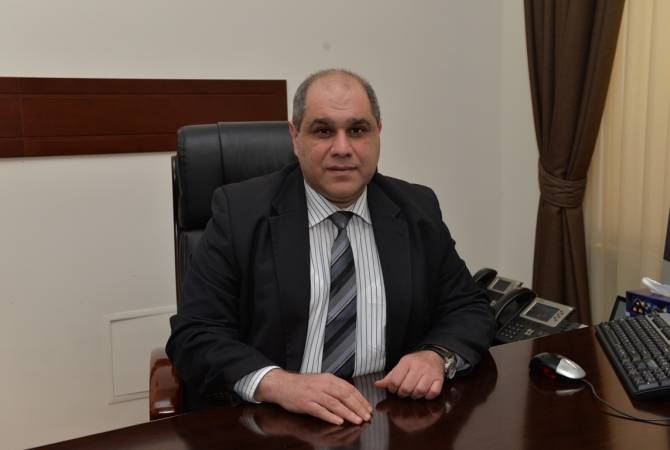 
YEREVAN, FEBRUARY 1, ARMENPRESS. 105,6 billion drams has been accumulated in Armenia’s pension funds as of November 30, 2017, deputy finance minister Karen Tamazyan told ARMENPRESS, presenting information about the accumulative funds, profitability and the initiation of the mandatory component.

Mentioning that complete data for 2017 isn’t yet summarized, the official presented information as of November 31. “The funds began to be accumulated since 2014. The accumulative profitability comprised 44%. This means that 10,000 drams which was invested in 2014 has grown to 14,400 drams presently. Profitability in 2017 comprised nearly 13%. These figures prove that the money of the citizens has increased twice. For example, the citizen has given 25 thousand drams, the government added another 25 thousand, and in case of 44% profitability it grew by nearly 22 thousand drams. 25 thousand drams given in 2014 has become 75 thousand drams today. In my opinion, this system is fully justified in term of reforms”, he said.

Does this mean that the dynamics is considered to be positive?

We consider the dynamics to be more than positive. The nearly 3,5 years of operation of this system is quite satisfactory. No shocks occurred due to the reasonable management of our assets.

Speaking about the asset management, the deputy minister said they have two managers – Amundi ACBA Asset Management and C Kvadrat Ampega Asset Management Armenia. “Both are European, they’ve registered their branches in Armenia. These managers are rather famous in Europe, they are rather reliable”, he said.

As the mandatory component of the accumulative pension system will come into force from 2018, the deputy minister mentioned that the process will remain the same, while the number of participants will grow.

“People born after 1974, January 1 will automatically be included in the system”, he said.

Asked how many people will be added to the system, the ministry official said the number is estimated at 70-80 thousand people (Active).