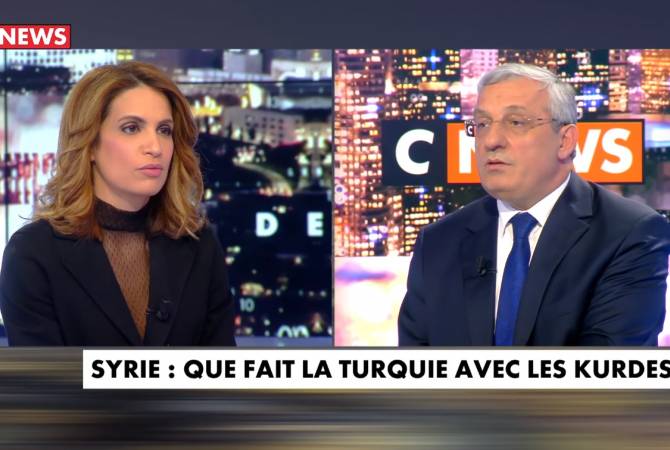 ARMENPRESS reports answering the question about the possible civilian victims among Syrians as result of the Turkish operation, the Ambassador expressed dissatisfaction with the newscaster’s question, noting, “One thing is clear. We are guided by the desire of our ancestors to maximally protect civilians”.

Sonia Mabrouk responded to this remark, recalling the Armenian Genocide. “This reminds us about the dark hours of what happened to Armenians”, she said.

İsmail Hakkı Musa emphasized the experience of the newscaster and said, “What is the relation of the Armenian issue with today's debate?”

On January 26 journalist, blogger Maxime Azadi presented information according to which 59 civilians were killed and 139 civilians were injured during the one week of Afrin events. 49 militias were also killed.