Gas volume imported from Iran to Armenia to increase 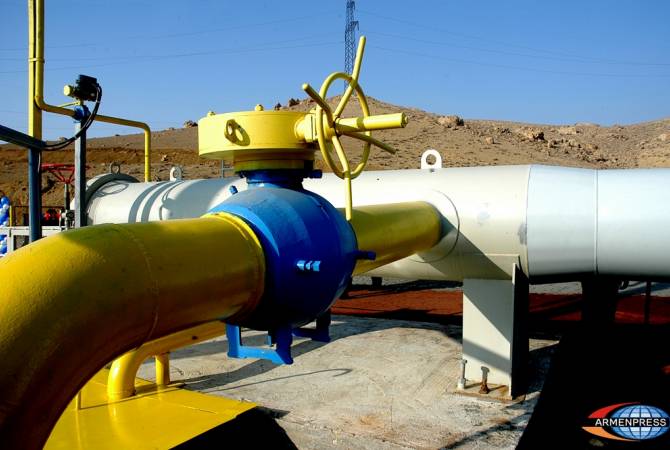 
YEREVAN, DECEMBER 18, ARMENPRESS. Armenia’s minister of energy infrastructures ad natural resources Ashot Manukyan paid a working visit to Iran on December 16-17 to discuss the results of ‘Energy against natural gas’ annual program, the construction process of Iran-Armenia third high-voltage transmission line and the programs of the next year, the ministry told Armenpress.

During the visit the minister had several meetings with Iranian officials and the representatives of Armenian community.

According to the agreement reached as a result of the meeting with Behzad Babazadeh, International Affairs Director at the National Iranian Gas Company, the natural gas volumes imported to Armenia within the frames of ‘Energy against natural gas’ program will increase during 2017.

Minister Manukyan also met with the Iranian-Armenian businessmen who are interested in the prospects of making investments in Armenia in the field of renewable, in particular, wind and solar energy.

The minister also introduced the advantages of the newly-opened Meghri Free Economic Zone to the businessmen, presenting it as a platform to develop the commercial relations with the countries of the Eurasian Economic Union.