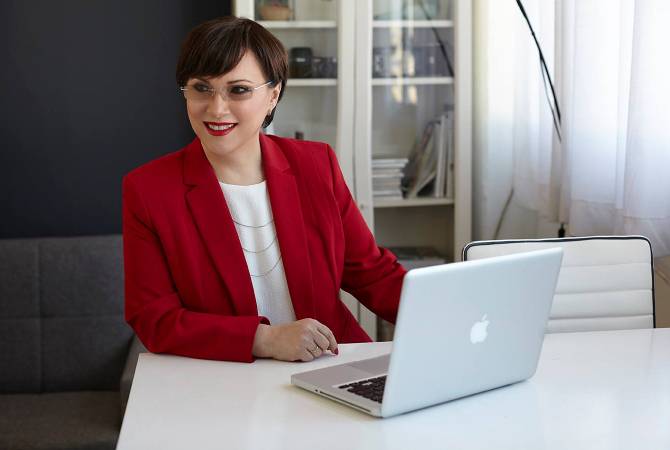 
YEREVAN, NOVEMBER 29, ARMENPRESS. Tali Ploskov, Vice Speaker of the Knesset (Israeli Parliament), head of the Israel-Armenia parliamentary friendship group gave an interview to ARMENPRESS talking about the current level of the Armenian-Israeli relations, the cooperation in different spheres, the recognition of the Armenian Genocide by Israel and other issues.

-Mrs. Ploskov, Armenian foreign minister Edward Nalbandian visited Israel in early November. How would you assess his visit to Israel? What can you say about the current level of the Armenian-Israeli ties?

-I am sure that the visit of the minister was very important since it shows the interest to further develop the relations between the two countries. Moreover, this interest is two-sided. Such visits enable not only to establish ties between political figures, but also the peoples of the two countries, especially when Armenians in Israel are not small in number. For them it’s very important to remember their country, history, traditions and culture. We jointly search for ways to support and help each other in various spheres. We had a discussion on expanding the inter-parliamentary activities since the main goal of these works is to find ways for assistance in the international platform, to mutually strengthen our countries’ positions, settle the ties in economic, high technologies, agriculture, tourism and culture spheres, as well as to further expand the links between the peoples of our two countries.

-What changes will you identify which contributed to the development of bilateral relations in the recent period?

-Over the past two years we have conducted a truly thorough work, new impetus was given to the bilateral ties, direct flights between the two countries have launched which also contributes to expanding the cooperation. As a reminder, Armenia airline operated the first permanent Yerevan-Tel Aviv-Yerevan flight on May 17. I want to state that during this period the Mayors of Petah Tikva and Gyumri signed a document on certain plans. The two cities will soon become sister-cities.

-On October 26 a reception at the Presidential level was held in Israel during which renowned French-Armenian signer Charles Aznavour has been awarded for his humanitarian activity during the Holocaust. Aznavour at that period talked about the recognition of the Armenian Genocide by Israel. What can you say on this matter?

-Let’s, in any case, agree that Israel’s position on this issue, if we compare with the position three years ago, has changed to positive for Armenia. The evidence of this is that the issue has been raised at the Knesset plenary session, the discussions continued in the education committee where it was practically announced on recognizing the tragedy of the Armenian people. I know the tragedy of the Armenian people: we are with Armenia, and I am confident that Israel will eventually express its stance for the benefit of Armenia.

-The issue regarding the embassies is still unresolved in the relations of the two countries. What prospects do you see for opening them and transferring the diplomatic ties to a new stage?

-I fully support this idea since this issue has been voiced relatively recently, and the works on this path have just started.

-Mrs. Ploskov, the issue of liberalization of visa regime is also important. Is it possible to expect a visible result on this path?

-The visa liberalization is one of the most important issues between the two countries. This was also discussed during the meeting with the minister. As currently the agreement on visa-free regime between Armenia and Israel works only for people having diplomatic passports, I have no doubt that we will manage to achieve the agreements on expanding the agreement for ordinary citizens in near future.