Discussions on closure of Metsamor NPP have nothing to do with reality, says Armenian President | ARMENPRESS Armenian News Agency

Discussions on closure of Metsamor NPP have nothing to do with reality, says Armenian President 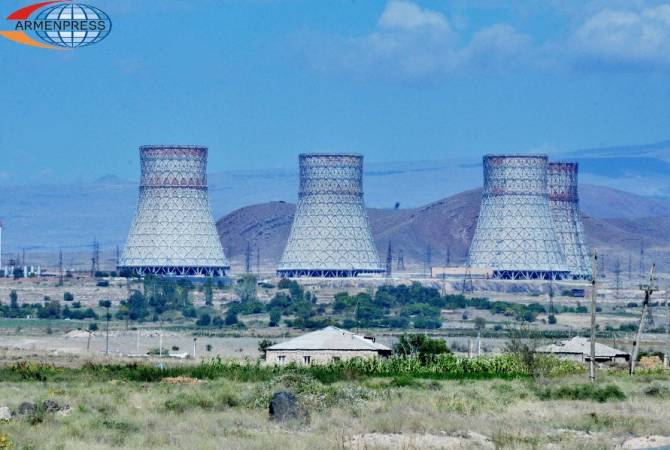 
YEREVAN, NOVEMBER 1, ARMENPRESS. The discussions on the closure of the Metsamor Nuclear Power Plant are formed artificially and have nothing to do with the reality, Armenian President Serzh Sargsyan said in an interview to RIA Novosti, Armenpress reports.

The reporter said under one of the points of the agreement between Armenia and the European Union to be signed in November in Brussels it is expected to close the Metsamor Armenian Nuclear Power Plant. The reporter was interested whether this will take place after the completion of the term of Armenian-Russian agreement on modernization of the NPP (after 2026), or earlier.

“In the agreement with the European Union this provision is formulated taking into account the objective time of operation of the Metsamor NPP. The Armenian government adopted a decision in March 2014 on extending the term of the Armenian NPP’s operation. The financing of the project on extending the operation term will be carried out at the expense of 270 million USD Russian state export loan and 30 million USD grant”, the President said.

He added that at the moment works are being done with Rosatom state company on the project of extending the operating time of the NPP’s second energy unit.

“It’s worth stating that the NPP operates in accordance with MAGATE’s all standards, and this is the conclusion of international specialized structures. Works are being done on increasing the project and operation security, as well as modernization. Thus, the Metsamor NPP will serve at least until 2027. We think that the Nuclear Power Plant will always be in Armenia for our own security and first of all for energy security purposes”, the President stated.

The reporter asked whether there can be a talk about the closure of the NPP after the signing of agreement with the EU in November, President Sargsyan said in response: “No, no. There is no such point in the agreement”.