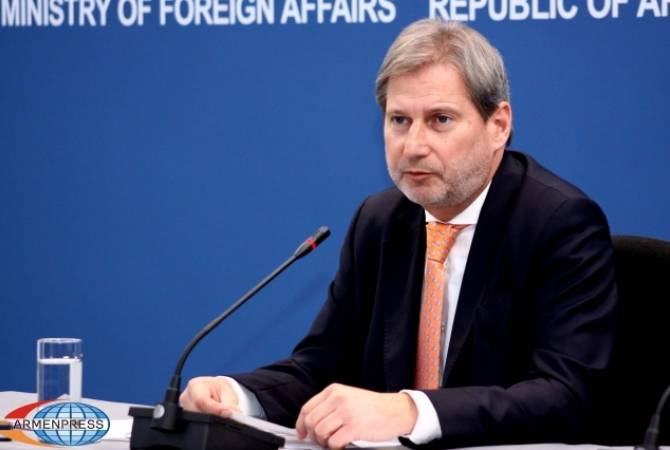 
YEREVAN, OCTOBER 27, ARMENPRESS. Johannes Hahn, Commissioner for Enlargement and European Neighbourhood Policy of the European Commission, says that the new Armenia-EU agreement will undoubtedly be signed.

“The agreement with Armenia will be signed, no doubt about it. I think it will be signed on the sidelines of the summit. This is clear, and no other discussion can happen in this issue”, Hahn said during the civil society forum of the Eastern Partnership in Tallinn, Estonia.

“The important thing is, that this is the first case when an agreement is being signed with a country which is a member of the EEU. Meaning, it is possible to be an EEU member, but at the same time sign a far reaching agreement with the EU. This shows that co-existence is possible, in this case for the benefit of the Armenian people”, he said.

The Easter Partnership summit is planned for November 24 in Brussels.