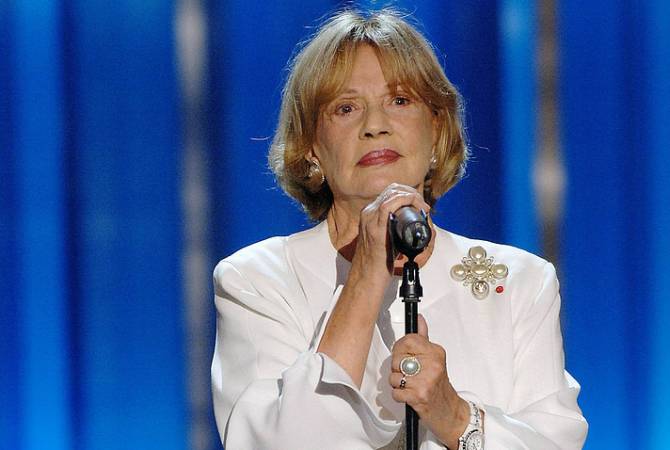 
YEREVAN, JULY 31, ARMENPRESS. Actress Jeanne Moreau, one of French cinema's biggest stars of the last 60 years, has died at the age of 89, BBC reports.

She won a number of awards including the best actress prize at Cannes for Moderato Cantabile in 1960.

She also worked with Orson Welles on several films and won the Bafta Award for best foreign actress for Viva Maria! in 1967.

Moreau was found dead at her home in Paris, the district's mayor told the AFP news agency.