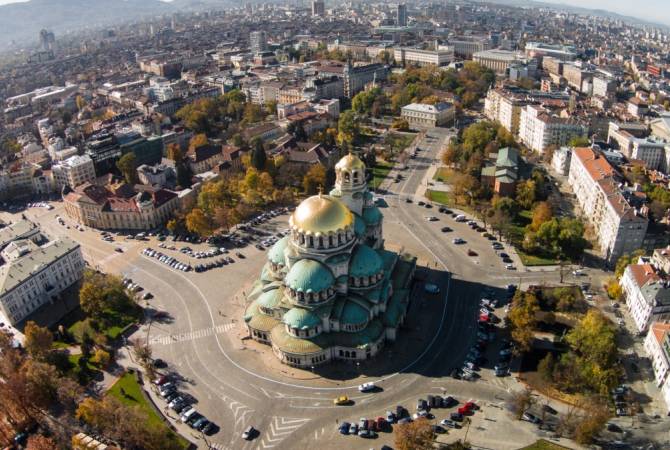 
YEREVAN, JULY 14, ARMENPRESS. Azerbaijan’s Ambassador to Bulgaria Nargiz Gurbanova is interfering in the country’s domestic affairs in an attempt to impede the legitimate activities of organizations.

The Ambassador had addressed Bulgaria’s minister of economy in order to obstacle the organization of an event by AGBU (Armenian General Benevolent Union) Bulgaria branch. The Ambassador’s move greatly surprised and even confused the Bulgarian officials because this was an apparent interference in the country’s domestic affairs: AGBU is engaged in legal activities and its members are Bulgarian citizens.

Quite interesting details have emerged as ARMENPRESS carried out an investigation of the documents containing diplomatic cables, which were published by Anonymous Bulgaria.

In another cable from the Ambassador to her superiors in the foreign ministry in Baku, Gurbanova notified that at a May 17, 2017 meeting with Bulgaria’s minister of economy Emil Karanikolov she had mentioned the AGBU Bulgaria branch is organizing the “Glance at Karabakh – history and photos” event on June 20, at 17:30 in the Armenian Public House in Sofia. The Ambassador had expressed discontent from the fact that the event would also be attended, among others, by Bulgarian citizen Hayk Karapetyan, the president of AGBU’s Plovdiv Youth Organization, who had visited Artsakh.

“During the event Hayk Karapetyan will share his impressions from the trip to Karabakh. We draw your attention to the fact that Karapetyan is a member of the national and integration affairs council of Plovdiv’s governor’s office”, the Azeri Ambassador told the Bulgarian minister.

Gurbanova requested the Bulgarian economy minister to mediate in order for the government to cancel the event.

The minister listened to what the Azeri Ambassador had to say, and by not giving any specific stance – promised to study the situation and take action (the Azerbaijani Ambassador’s strife to limit and hinder the activities of Bulgaria’s Armenians through illegitimate actions and apparent human rights violations once again gave no results).

Seemingly the Azerbaijani Ambassador has lost touch with reality to such extent that she is requesting the Bulgarian government to limit the lawful activities of their own citizens. Has the high-ranking Azeri diplomat forgotten that a diplomatic representation is not entitled to interfere in the domestic affairs of the hosting country?

The Armenian Community of Bulgaria has a very long history, it is comprised from both the traditional Armenian Diaspora (Armenians who settled there before the Genocide as well as result of it), and Armenians who have re-located to the country from Armenia.

ARMENPRESS will contact the AGBU Bulgaria HQ to find out whether or not the illegitimate actions of the Azerbaijani diplomatic mission have anyhow impacted their activities.