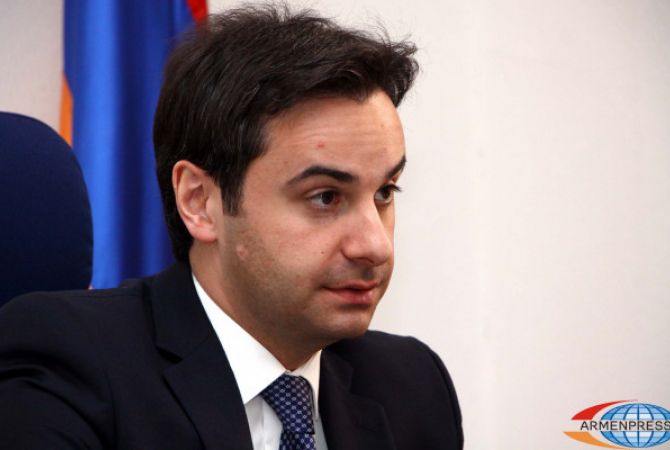 
YEREVAN, MAY 3, ARMENPRESS. Head of the General Department of Civil Aviation Sergey Avetisyan attaches importance to the launch of official talks between Armenia and the European Union over the creation of Common Aviation Area, reports Armenpress.

In a meeting with reporters on May 3, Avetisyan recalled that the first round of talks launched on April 27. “During this period we had very productive and dynamic talks with our EU partners. We have outlined the points where we have several issues which we and they need to clarify. We have outlined the upcoming steps. We have fixed that the second round of talks will be held in Brussels, based on the initial agreement, they will be held in mid-June”, Avetisyan said.

He stated that in case of continuing the works with the same pace, the talks will be completed sooner which will be followed by the signing of the agreement. “The agreement is very important for Armenia’s civil aviation development since this was one of the necessary steps Armenia must have taken after transferring to Open Sky policy. In fact, by this agreement we liberalize the field with all EU member states. We add legal regulations in our legislation which will create a legal ground and base for airlines to feel safer and predictable here”, Sergey Avetisyan said.

He said Armenia has legal-contractual relations with several EU member states in aviation sphere, however, the contracts are not in accordance with the current requirements. By the Armenia-EU Common Aviation Area deal all these issues will be settled and Armenia will join the common aviation area big family which will provide wider opportunities to the Armenian and European airlines to further boost their activity.