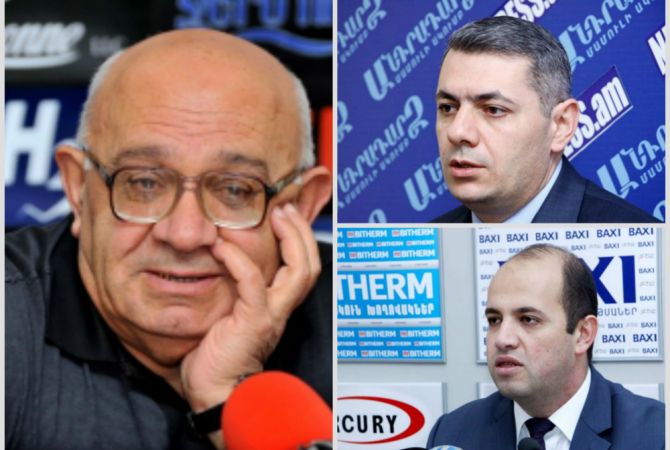 
YEREVAN, MARCH 31, ARMENPRESS. March 31 is the last day of election campaign for Armenia’s upcoming parliamentary election which will be followed by a day of silence.

All 9 political forces taking part in the election presented their election program provisions and their visions over country’s development and progress to the public through various platforms.

Political scientists gave an interview to Armenpress, summarizing the election campaign, as well as revealing the political forces that have chances to have seats in the Parliament.

Political scientist Hrant Melik-Shahnazaryan said the campaign, in general, had an interesting process. “I think the public was waiting for more substantive discussions, however, their expectations weren’t justified. Nevertheless, the campaign was interesting and revealed the weak and strong sides and chances of political forces to some extent”, he said.

The political scientist said the ruling Republican Party and Tsarukyan alliance will compete for the leading post. Melik-Shahnazaryan said the ARF will be in the third place. “I think the Yelk alliance and Armenian Revival party will compete for overcoming the necessary threshold and having seats in the Parliament”, he said.

Political scientist Sergey Minasyan stated the campaign passed in a calm atmosphere than he expected. “I believed the campaign would be more emotional, but the process was quite calm. Although I don’t rule out that post-election developments may happen and this “gap” will be filled due to it”, Minasyan said. He said the ruling RPA, Tsarukyan and Yelk alliances will definitely have seats in the Parliament. “As for the remaining political forces, I can say everything will depend on how many votes Tsarukyan bloc will receive and based on this it will be clear what chances the ARF and the Armenian Revival will have. As for the Armenian National Congress – People’s Party of Armenia, I must state that in addition to political problems faced by the alliance in connection with their peace program, it also faces technical issues since it is an alliance and must have 7, rather than 5% for appearing in the Parliament. Ohanyan-Raffi-Oskanyan alliance also faces the same problem. It also faces political problem since it is guided by people who previously were Ministers and now they face problems in terms of getting opposition votes”, Sergey Minasyan said.

Political scientist Levon Shirinyan said contrary to his expectations, the campaign had a politicized process. According to him, Tsarukyan alliance is leading. Compared to his colleagues, Shirinyan said the third place is Ohanyan-Raffi-Oskanyan alliance the election program of which contains many reforms related to protection of statehood. Commenting on Yelk alliance, Shirinyan said it has a chance to have seats in the Parliament since it managed to leave a positive impression on people during the campaign. He considered the chances of ARF low.

Armenia’s parliamentary election will be held on April 2.