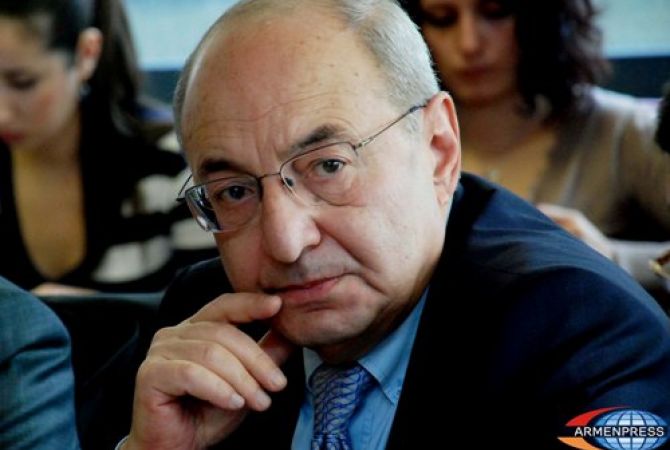 
YEREVAN, MARCH 11, ARMENPRESS. Vazgen Manukyan, president of the Public Council of Armenia, finds the creation of the Eurasian Economic Union to be a logical step.

During his speech in the visiting session of the Valdai international discussion club, Manukyan mentioned that sometimes in the West they say as if Vladimir Putin wants to restore the Soviet Union.

“But I respond, no, that’s not true. The formation of the Eurasian Economic Union is a correct step, in terms of development and progress of the member states of the union”, Manukyan said.

Speaking on the existing issues in the EEU, Manukyan stressed that the biggest issue is the contradictions of Russia and the West.

“I think they must somehow agree and end those disagreements. If Armenia can somehow help in that matter on behalf of its Diaspora, I think we are ready to do it, because any disagreement, especially in our region, also impacts our national interests”, he said.

For the progress of the EEU, Manukyan finds designing of large plans and their implementation to be necessary. According to him, the largest plan can be the development of a military-industrial complex, which can be the moving force of progress of the union’s economy.