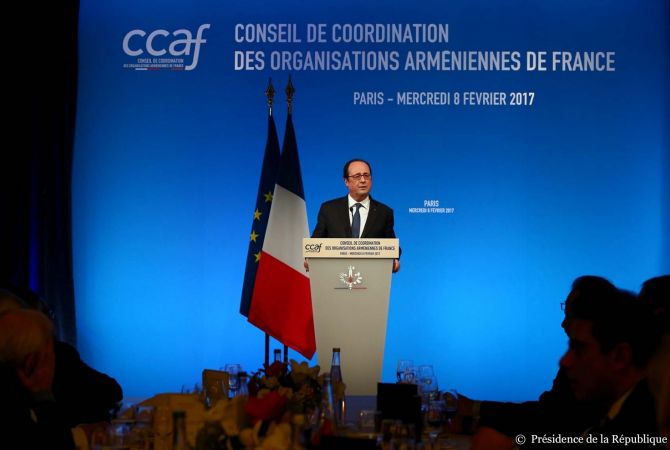 The French President also attached importance to the recognition of the Armenian Genocide by the German Bundestag and highlighted the role of Bundestag President Norbert Lammert and MP with Turkish origin Cem Ozdemir on this issue. “You have always put a difference between the Turkish state and the Turkish people on this issue, and you are right”, Hollande said.

He recalled the courage of Armenian lawmaker of Turkey’s Parliament Garo Paylan on raising the Genocide issue in the Turkish Parliament.

Commenting on the developments in Turkey, Hollande said this year marks the 10th anniversary of the murder of Hrant Dink, whose widow he met during his visit in Turkey.

“So what is our duty, the duty of France in this matter?. We must support all initiatives aimed at the Genocide recognition, no matter from where they come and whatever they are. And it is important that this issue must be raised in Turkey that must move towards the direction of recognition. A number of countries are together with us to promote this issue”, François Hollande said.