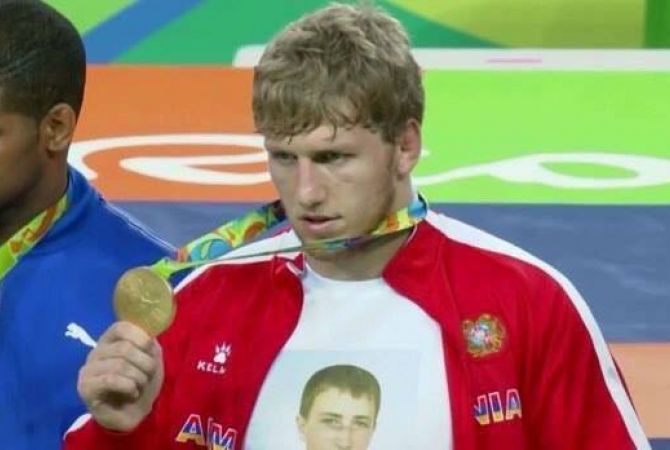 When approaching the photographers after receiving the gold medal, Alexanyan displayed the shirt and made a gesture touching his chest, displaying that he dedicates his victory to the fallen heroes of Nagorno Karabakh.

Team ARMENIA has won the first gold medal in Rio 2016.

The last time Armenia won gold at Olympic Games was 20 years ago, when Armen Nazaryan became Olympic champion in wrestling in Atlanta, 1996. 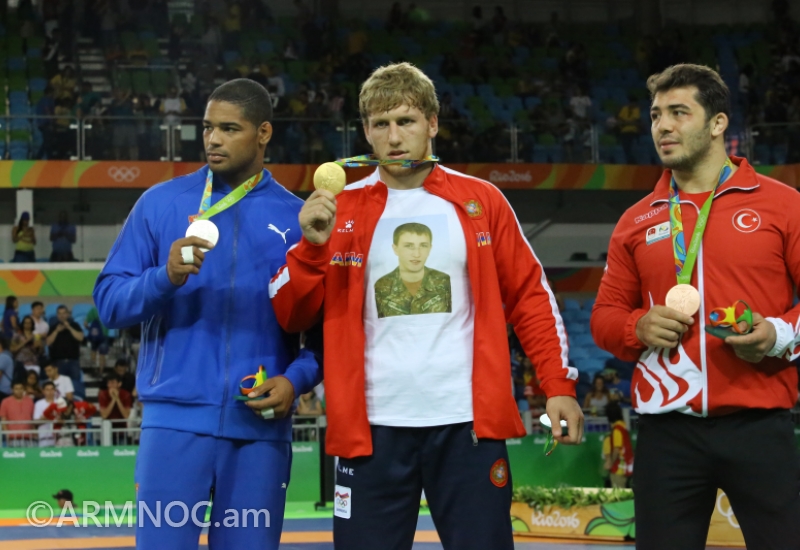 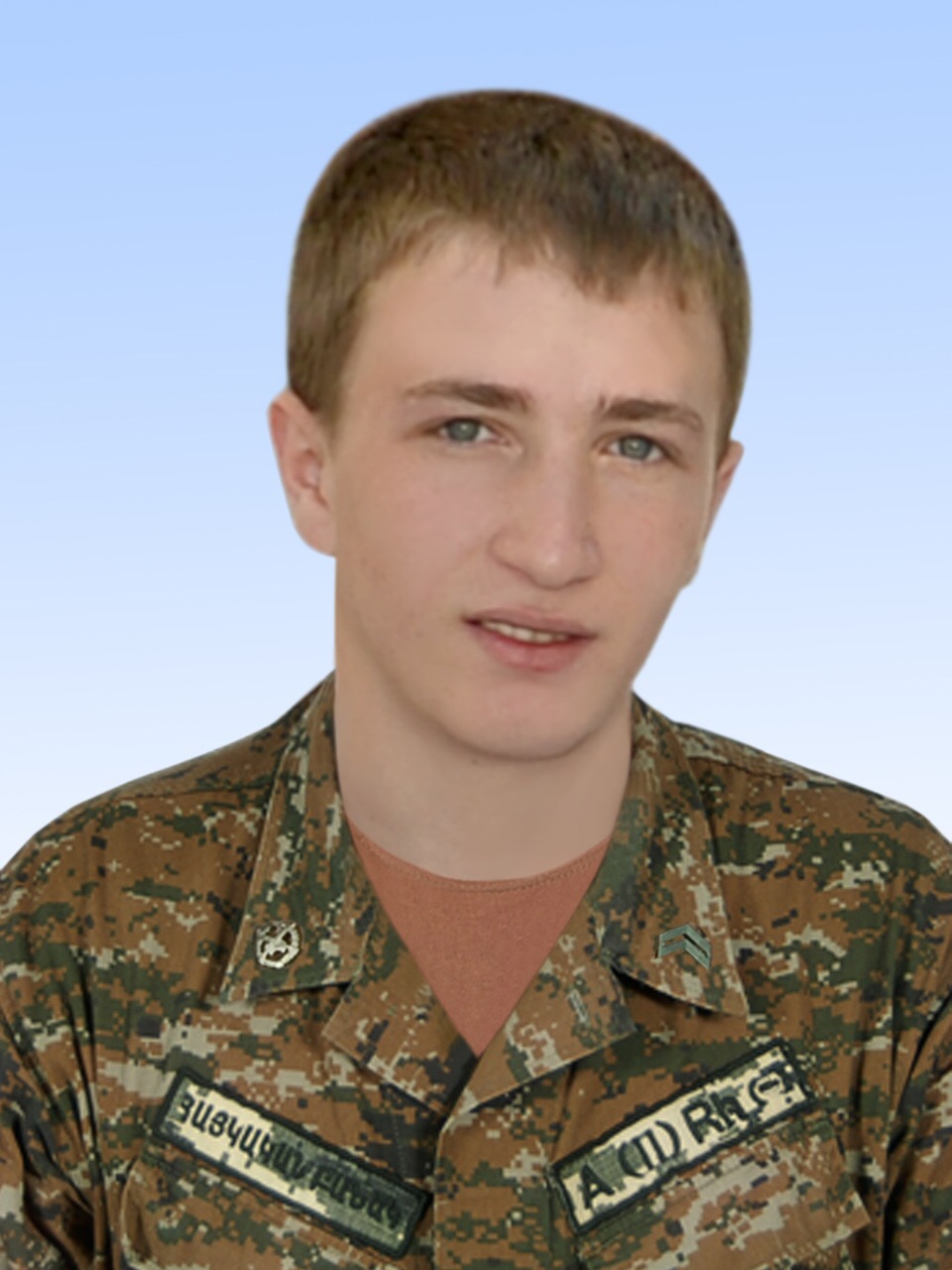