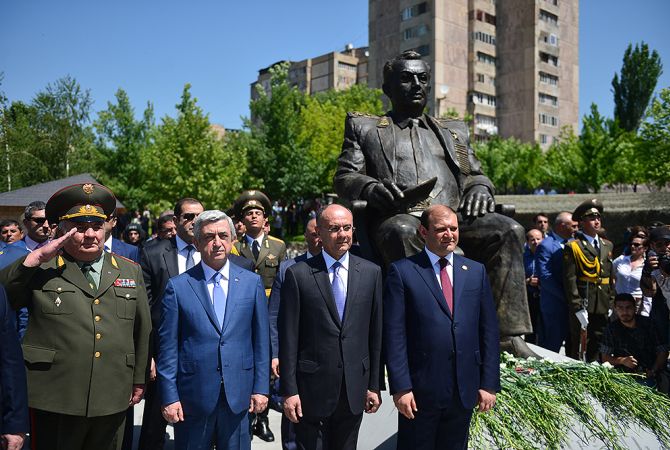 Marshal Babajanyan was Chief Marshal of the armored troops of the Soviet Union and Hero of the USSR.

The statue is erected in the Avan district of the Armenian capital of Yerevan. The sculptor is Hamlet Matinyan, architecht – Michael Misakyan.

President Sargsyan laid flowers by the statue and paid homage to the famous commander.

After the Honor Guard’s march, Honorable citizen of Yerevan, Grandmaster Rafael Vahanyan and Vice President of the Armenian Chess Federation Hovik Khalikyan gave the President a symbolic gift – The chessboard of Marshal Babajanyan, given by the descendants of the Marshal.