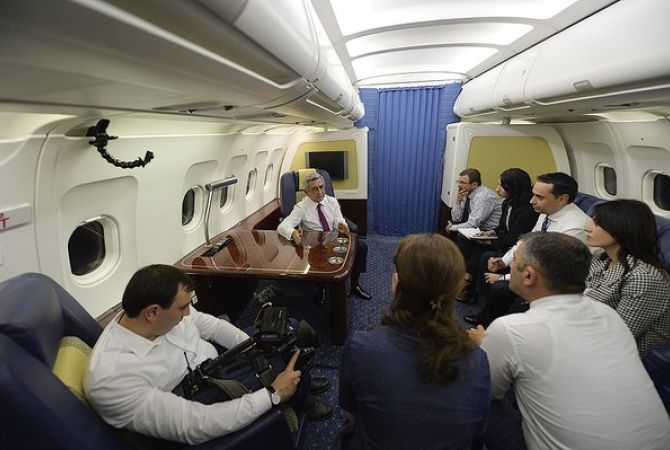 
YEREVAN, MAY 17, ARMENPRESS. President Serzh Sargsyan gave an interview to reporters in the Presidential Aircraft while returning to Armenia.

Press Secretary of the President Vladimir Hakobyan said Sargsyan summarized the results of the meetings in Vienna, which were initiated by the OSCE Minsk Group co-chairing countries.

On May 16 Sargsyan had meetings with High Representative of the European Union for Foreign Affairs and Security Policy and Vice-President of the European Commission Federica Mogherini, U.S Secretary of State John Kerry and Azerbaijani President Ilham Aliyev, with the participation of representatives of the Minsk Group co-chairing countries. 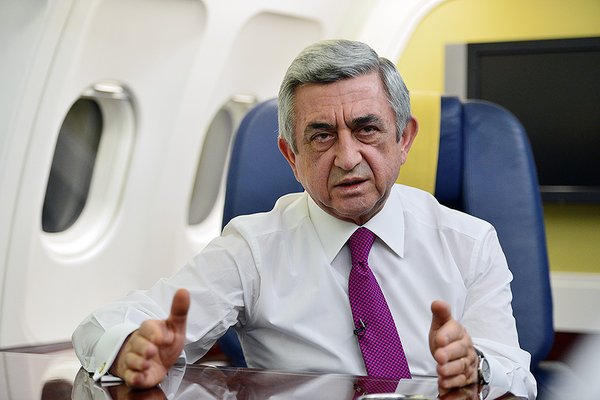 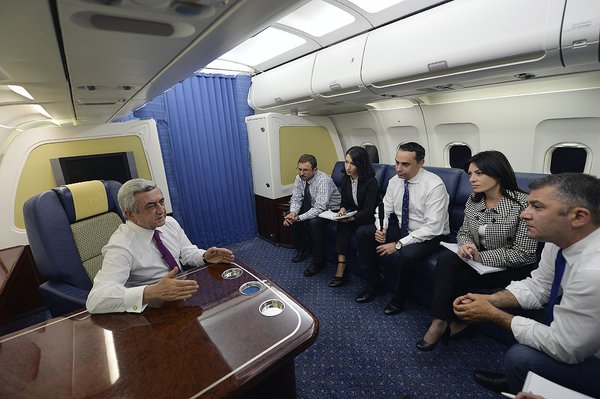 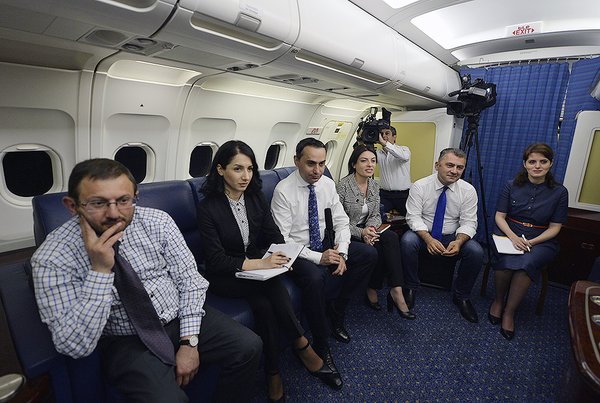